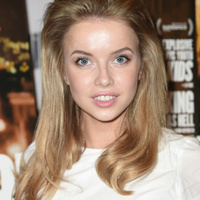 Louisa Warwick net worth: Louisa Warwick is an English fashion model and actress who has a net worth of $4 million. Louisa Warwick was born in Bristol, United Kingdom in September 1992. She was a cross country athlete who represented England in 2011 and 2012. Warwick has modeled for several magazines including GQ, Spotlight, Jute, Company, and OK. She has also worked on campaigns for companies such as Dior Beauty, Cadillac, and Calvin Klein. Warwick has been featured often at New York Fashion week, walking in more than 20 shows. As an actress she appeared in the film Rush in 2013. Warwick was also featured in the reality television series Britain and Ireland's Next Top Model in 2012. She is also studying Sports Management at New York University.