How much is Sophie Dahl Worth?

Sophie Dahl Net Worth: Sophie Dahl is an English author and former fashion model who has a net worth of $8 million dollars. Born September 15, 1977 in London, England, United Kingdom, she was known in the '90s and early 2000s for her heavy physical appearance, which she turned to her advantage on the international fashion stage. She was the face of a series of ad campaigns on behalf of designer brands and fashion magazines. As a writer, she wrote her first novella in 2003 entitled The Man with the Dancing Eyes and followed it with Playing With the Grown-ups in 2008. In 2010 Dahl wrote The Delicious Miss Dahl, a cookbook featuring recipes which were recreated for a six-part BBC 2 series of the same name. Dahl made her runway debut on the English catwalk in London's Fashion Week in the Autumn of 1997, the same year she was discovered by Isabella Blow, a stylist for Vogue magazine at the time. Blow introduced her to management at Storm Model Agency in London who signed her to modeling campaigns for Versace, Alexander McQueen, Patrick Cox and Pringle, among others. Dahl is the daughter of actor Julian Holloway and writer Tessa Dahl. Her maternal grandparents were children's author Roald Dahl and American actress Patricia Neal. Her paternal grandparents were actor Stanley Holloway and former chorus dancer Violet Lane. Sophie Dahl is married to the singer Jamie Cullum. 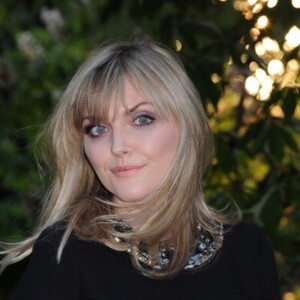