What is Calvin Klein's Net Worth and Salary?

Calvin Klein is an American fashion designer who has a net worth of $800 million. Calvin Klein is best known for launching a clothing brand and company that would later become known as Calvin Klein, Inc. He was called the new Yves Saint Laurent at his first New York City fashion week, and has gained notoriety for his signature clean, urban, simple styles.

Calvin Richard Klein was born November 19, 1942 in the Bronx, New York City, New York, the son of Flore and Leo Klein. He is the middle child of two siblings. Klein's father, who immigrated from Hungary, owned a grocery store in Harlem. His mother was a homemaker who encouraged his love of art and fashion. Klein's grandmother was a seamstress and he acquired his love of sewing from her, eagerly and often visiting her tailoring shop. Growing up, others his age were playing sports while Klein was busy studying, sketching fashion designs, and sewing. He attended the High School of Art and Design and enrolled at, but never graduated from, New York's Fashion Institute of Technology, eventually receiving an honorary Doctorate in 2003. Klein was among other design leaders raised in the Jewish immigrant community in the Bronx, notably Ralph Lauren and Robert Denning.

He began his professional career in 1962 as an apprentice, working for suit manufacturer Dan Millstein. He spent five years designing there and for other shops around New York City. In 1968, he and his childhood friend Barry K. Schwartz launched their first company, which would become Calvin Klein, Inc. Klein was in charge of artistic vision and design while Schwartz handled the business side of the company. The label became known for women's suits, coats, dresses, and sportswear. Schwartz and Klein rented a small showroom, and eventually secured a deal with department store Bonwit Teller after a merchandiser visited the showroom and was taken with his line.

Through his deal with Bonwit Teller, he met Baron de Gunzburg. Gunzburg took him in as his protege, and from there he gained many valuable connections which helped to catapult him into the spotlight of the New York elite fashion scene. Vogue and Harper's Bazaar began to prominently feature his work.

In 1974, Klein entered the denim game, launching his signature jeans and rivaling the likes of major competitors at that time like Gloria Vanderbilt. In 1982, Klein launched into underwear design, and eventually expanded into swimwear, eyewear, and other accessories. It was in the late '80s that he entered the world of fragrance design, notably first Obsession and Eternity.

The '90s saw Calvin Klein, Inc. facing major financial troubles. They were saved by a bailout from a friend, record and film producer, David Geffen. Klein and Schwartz finally sold their company to Phillips-Van Heusen in 2003 for $400 million in cash, $30 million in stock and $300 million worth of potential upside royalties and bonuses. 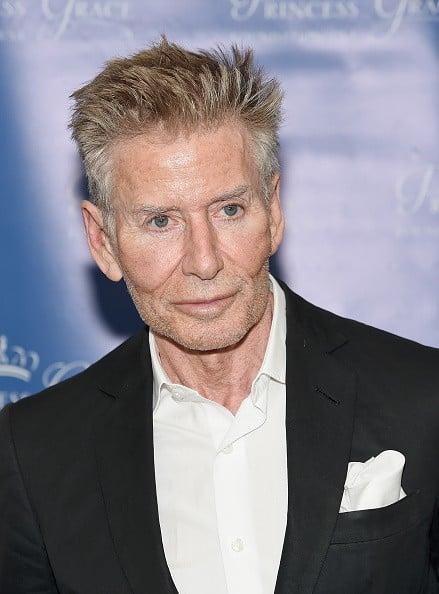 Creative, provocative marketing was the key to Klein's success. He kept the media talking about him by creating controversy. He was the first to design women's underwear that looked like men's boxer-briefs. His seductive television ads and billboards for jeans starred Brooke Shields, who proclaimed "Nothing comes between me and my Calvins." These ads were heavily talked-about, and some Calvin Klein ads were banned by television stations due to speculation over whether or not some of the models were underage.

Klein's three major fragrances Obsession, Eternity, and Escape were huge successes, due in part to sexually-suggestive advertising. Advertising for his fragrances, CK One and CK Be, continued to challenge the public; some ads showed teens taking part in what some regarded as idealizing a drug culture. At this time, President Bill Clinton admonished the fashion industry for glamorizing addiction, and First Lady Hillary Clinton spoke out about the overtly sexual images. Anti-porn organizations joined her in criticizing Klein's provocative ads. Klein replied that these ads represented a departure from phony airbrushed images that were not connected to the reality of today's world. In 2013, he admitted that, in retrospect, he may have gone too far with the more overt campaigns.

On the contrary, many critics agree that many of his ads were evocative and portrayed a classical, serene sensuality. Klein is also credited for introducing the male underwear model into the mainstream, by prominently featuring then rapper/actor Mark Wahlberg in underwear ads. Over the years, many famous models, actors, athletes, and performing artists have participated in his illustrious ad campaigns.

Klein made one cameo appearance in "30 Rock", season 3 episode 15, in an episode called "The Bubble." A fictionalized version of Klein was written into "Seinfeld", season 4 episode 13, "The Pick."

Klein was married to textile designer Jayne Centre in 1964, and they divorced in 1974. They have a daughter, Marci Klein who was a producer on "Saturday Night Live" and "30 Rock." Klein married his assistant Kelly Rector in Rome in September 1986. They separated in 1996 but did not finalize their divorce for another ten years, in April 2006.

Klein is generally a private celebrity but has spoken about having relationships with both women and men. He dated Nick Gruber for two years. He does not align with a specific label with regard to his sexual orientation.

He has struggled with drug and alcohol abuse and did his first stint in a Minnesota rehab in 1988, later completing another program in Arizona around the time of the sale of Calvin Klein Inc.

Klein is an active supporter of and a frequent donor to the Democratic Party.

In 1987, Calvin and his wife at the time Kelly Rector, paid $3.6 million for an impressive oceanfront mansion in East Hampton that dated back to the 1890s. In July 2021 Calvin sold this 8.5-acre property for $85 million.

In 2003 Calvin paid $30 million for an oceanfront property in Southampton. He proceeded to completely raze the previous structure and custom built an extremely-modern enormous mansion. Calvin sold this home to hedge fund billionaire Ken Griffin in February 2020 for $84 million.

In 2015 he paid $25 million for a 9,000 square-foot newly-built mansion in the hills above Los Angeles' Sunset Strip: