How much is Jean Louisa Kelly Worth?

Jean Louisa Kelly net worth and salary: Jean Louisa Kelly is an American actress and singer who has a net worth of $6 million. Jean Louisa Kelly has earned her net worth from her long-running role as Kim Warner on the television sitcom Yes, Dear. Jean was born on March 9, 1972 in Boylston, Massachusetts; her father was a high school English teacher. Her mother was a piano teacher; Jean was educated at Easton High School, located in Easton, Maryland. Later she graduated with a B.A. in English in 1994 from Columbia University's Columbia College. Kelly has been married to James Pitaro since 1997 and they have two children. Some of her film credits include the 1989 movie Uncle Buck in the role of Tia Russell, as Rowena Morgan in 1994 movie Mr. Holland's Opus and Rowena Morgan and in 1997 film The Day Lincoln Was Shot as Lucy Lambert Hale. She has also guest starred on several well-known television such as; Mad About You, Cold Feet, Ally McBeal, Grey's Anatomy, Ghost Whisperer and CSI: Miami. 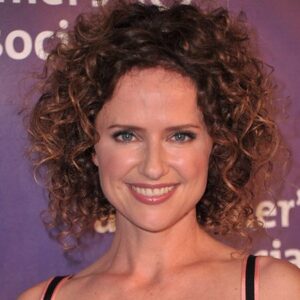