Amanda Ware Net Worth: Amanda Ware is an Australian model who has a net worth of $4 million. Amanda Ware was born in Mermaid Beach, Queensland, Australia in June 1992. She is best known for being the winner of Cycle 6 of Australia's Next Top Model. She was Captain of Miami State High School and then worked as a waitress at the Mermaid Surf Club and studied at Griffith University.

After winning Australia's Next Top Model she appeared on half of the November issues of Harper's Bazaar Australia. During the show she won campaigns with Bonds and Levi's. She signed a three year contract with Elite Model Management in New York City in 2010 but ended it in 2011 to sign with S Models. Ware made her runway debut at New York Fashion Week in 2011 and walked in six shows. She walked in 17 total shows during her first full season including for BCBG by Max Azria, Herve Leger, L'Wren Scott, and Monique Lhuillier. She also walked at London Fashion Week and Paris Fashion Week in Spring/Summer 2012. 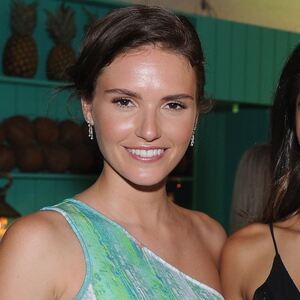