Pat Cleveland net worth: Pat Cleveland is an American fashion model who has a net worth of $10 million. Pat Cleveland was born in New York City, New York in June 1950. She became one of the first African-American models in the fashion industry to achieve success as a print and runway model. Cleveland studied at New York's High School of Art and Design with hopes of becoming a fashion designer. She started her modeling career in 1966 after being noticed by an assistant fashion editor at Vogue. Cleveland would go on to appear for Ebony, Essence, Karl Lagerfeld, Valentino, Yves Saint Laurent, Oscar de la Renta, Christian Dior, Diana von Furstenberg, Vanity Fair, Harper's, GQ, Cosmopolitan, MAC Cosmetics, and Barney's New York. Cleveland served as a guest judge on the reality TV series America's Next Top Model. In 2016 she walked the runway during Paris Fashion Week and authored the book Walking with the Muses: A Memoir. 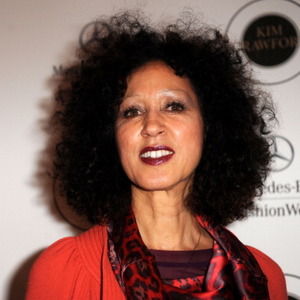