Jeff Glor net worth and salary: Jeff Glor is an American journalist who has a net worth of $3 million. Jeff Glor was born in Tonawanda, New York in July 1975. He presents the television series CBS Evening News on Sunday and CBS Overnight News on Monday. Glor also serves as a correspondent for CBS Evening News during the week.

He has worked as a correspondent for the TV series 60 Minutes and been a substitute anchor for the series CBS This Morning and Charlie Rose. He won the Henry J. Wolff prize for "most proficient in journalism" at Syracuse University. Glor started his career at WSTM-TV Syracuse as a co-anchor and reporter. He worked for WHDH-TV in Boston from 2003 to 2007 and joined CBS News in 2007. Glor has covered Hurricane Sandy, the Deepwater Horizon spill, the 2010 Haiti earthquake, the Iraq War, the shootings in Newtown, Connecticut, US Airways Flight 1549 landing in the Hudson, the 2008 Olympic Games and 2010 Winter Games, and more. In 2010 he won an Emmy Award for a CBS Sunday morning report. 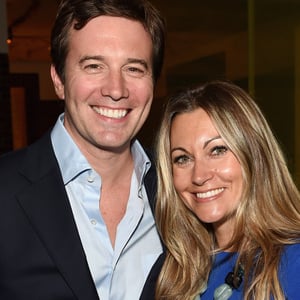