He has also served as the political director of CBS News, political columnist for Slate magazine, and chief Washington correspondent for CBS News. Before he began working at Slate, he covered politics for Time magazine for 12 years and was a White House Correspondent for the final four years. Dickerson graduated from the University of Virginia. He is the son of journalist Nancy Dickerson and wrote a book about their relationship titled On Her Trail. He also authored the book Whistlestop: My Favorite Stories from the Presidential Campaign History. He co-wrote the article "A War on Wilson? for Time which was related to CIA leaks. 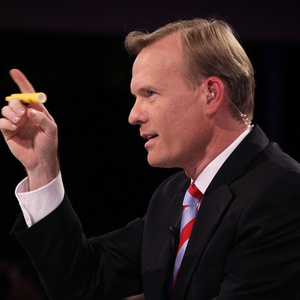