Melissa Stark net worth: Melissa Stark is an American television personality and sportscaster who has a net worth of $3 million. Melissa Stark was born in Baltimore, Maryland in November 1973. She started out working at WMAR-TV in Baltimore and was a news intern for CBS Evening News with Dan Rather. Stark joined ESPN in 1996 and began hosting the weekly television series Scholastic Sports America.

She was a reporter for ESPN's SportsCenter from 1996 to 2003 and also appeared on the TV series Sunday NFL Countdown and Outside the Lines as well as covering events such as the World Series, NBA Finals, Final Four, and Stanley Cup Finals. She joined ABC Sports in 2000 and was a sideline reporter for Monday Night Football from 2000 to 2003. She also guest hosted on the series The View. Melissa Stark joined NBC News in 2003 as a National Correspondent for the Today Show and an anchor of MSNBC Live. She covered the Olympic Games. Stark has also been a reporter and host for the NFL Network. 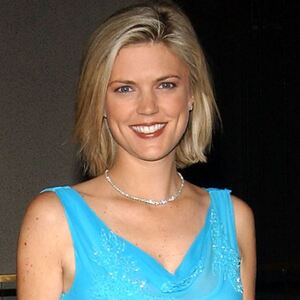