How much is Jerry Sloan Worth?

Jerry Sloan Net Worth and Salary: Jerry Sloan was an American former professional basketball player and head coach who had a net worth of $12 million at the time of his death in 2020. He played 11 seasons in the NBA. He was head coach of the Utah Jazz for 23 seasons.

Salary: At the peak of his coaching career with the Jazz in the late 1990s, Jerry's salary was $1.25 million. That made him only the 23rd highest-paid coach in the league. Of his relatively low salary, Jerry explained:

"I'm not in this to make a whole bunch of money. I'm just not interested. I'm here because this is a great organization that's been great to me and my family."

He was born in McLeansboro, Illinois on March 28, 1942. Sloan was best known for coaching the Chicago Bulls and the Utah Jazz in the National Basketball Association. He began playing for the Baltimore Bullets in 1965 as a guard, followed by the Chicago Bulls from 1966 to 1976. He began coaching the Bulls as an assistant in 1978 and was promoted to head coach in 1979. He was a two-time NBA All-Star for the years 1967 and 1969. He was a four-time NBA All-Defensive First Team player. His number was retired by the Bulls and the Jazz. His NBA career statistics include a total of 10,571 points, a total of 5,615 rebounds, and a total of 1,925 assists. 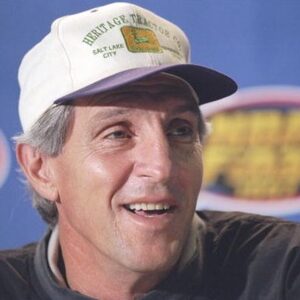