He was drafted #24 by the New York Knicks in 1994 where he played until 1996. Monty played for the San Antonio Spurs from 1996 to 1998, the Denver Nuggets in 1999, The Orlando Magic from 1999 to 2002, and the Philadelphia 76ers from 2002 to 2003. He became assistant coach for the Portland Trailblazers from 2005 to 2010 and got his first head coaching job with the New Orleans Hornets/Pelicans in 2010. In 2013 Williams became an assistant coach for USA Basketball under head coach Mike Krzyzewski. Williams led the Hornets to the playoffs in the 2010-11 season after finishing 3rd in the Southwest division. The following three seasons his team finished 5th in the Southwest and failed to make the playoffs. 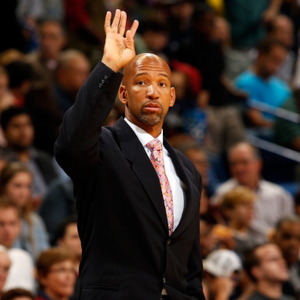