Mike Dunleavy Jr. is an American professional basketball player who has a net worth of $30 million. Born in Fort Worth, Texas on September 15, 1980, Dunleavy stands at six feet and nine inches and weighs in at 230 pounds. He is best known for playing as a small forward and shooting guard for the Chicago Bulls in the National Basketball Association.

Son of head coach and former NBA, Mike Dunleavy Sr., Jr. attended Jesuit High School in Beaverton, Oregon as well as Duke University where he played basketball from 1999 to 2002. He was selected as the third pick in Round one of the 2002 NBA Draft and made his professional debut in 2002 with the Golden State Warriors. Following the Warriors, he played for the Indiana Pacers from 2007 to 2011, the Milwaukee Bucks from 2011 to 2013, and currently plays for the Chicago Bulls. He was an NBA rookie Challenge Participant in 2004, a Consensus Second Team All-American in 2002, a First Team All-ACC in 2002, and an NCAA champion in 2001. He is currently married to his wife, Sarah Dunleavy. 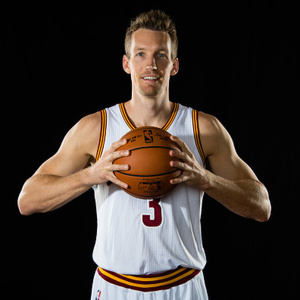