By Joseph Gibson on September 22, 2018 in Articles › Billionaire News

The deposit has been made, the ticket booked, and everything (well, except a few small details) is in place, and SpaceX officially has its first private space tourist all ready to go. It's Japanese billionaire Yusaku Maezawa, who in 2023 wants to take between six and eight artists with him on an almost week-long trip around the moon, according to CNBC.

The trip, the first made to the moon since the last Apollo mission in 1972, will be made on one of SpaceX's Big Falcon Rockets, which the company is said to be currently developing in the hopes that they will eventually take passengers not just to and from the orbit of the moon but to Mars as well. Maezawa says it's a trip he's been wanting to take for a very long time:

"Ever since I was a kid, I have loved the moon. It's always there and continues to inspire humanity."

Maezawa and SpaceX have christened the project #DearMoon, and it's clear from Maezawa's intention to bring artists rather than scientists along that it's a little different in spirit from previous trips to the moon:

"I choose to go to the moon with artists. In 2023, as the host, I would like to invite 6 to 8 artists from around the world to join me on this mission to the Moon." 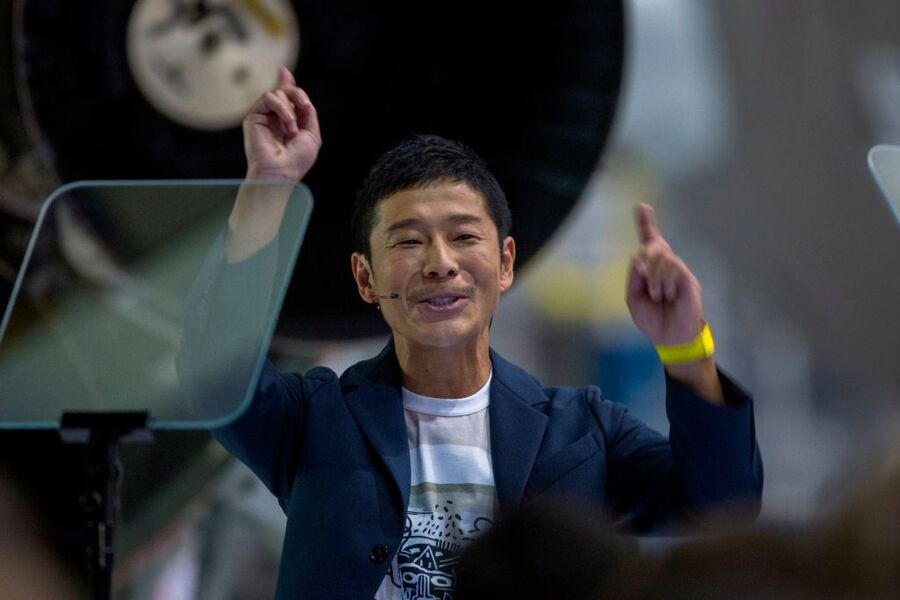 While it might be different in spirit from other trips to the moon, at least two familiar factors will still be present: Cost, and potential dangers. While SpaceX's Elon Musk has declined to reveal the exact ticket price for the trip, or the amount Maezawa put down as a deposit, he did speak briefly on the latter element:

"To be clear. This is dangerous … it's not a sure thing … there are some chances things could go wrong."

Hopefully for Maexawa and whoever gets to go along with him, those chances will be reduced as much as possible between now and 2023.