How much is Ian MacKaye Worth?

Ian MacKaye net worth: Ian MacKaye is an American musician, producer, and record label owner who has a net worth of $5 million. Ian Thomas Garner MacKaye was born in Washington, D.C. in April 1962. He played piano as a child and then became interested in punk music in 1979. His first band The Slinkees only had one performance. He played bass in The Teen Idles and then was a member of Skewbald/Grand Union. MacKaye joined Minor Threat and the front man from 1980 to 1983. After Minor Threat, he played in three different bands before starting Fugazi in 1987. The band is known as one of the most influential post-hardcore bands and was noted for not playing any concerts that were not affordably priced for fans. Fugazi has not been active since 2003. MacKaye is now the singer and guitar player for The Evens and has released three albums. He and Jeff Nelson started Dischord Records in 1980. The label started as a DIY project but has released over 150 titles. MacKaye is known as a part of the straight edge and hardcore movements. Minor Threat's song "Straight Edge" described being free from drugs and not abusing alcohol. Although not his intention, the song eventually helped lead to the straight edge movement. MacKaye has been friends with Henry Rollins since they were children. 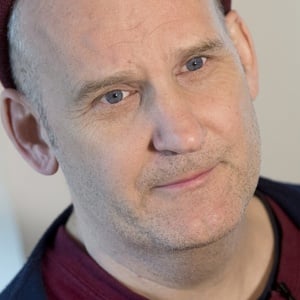