Joanne Whalley net worth: Joanne Whalley is an English actress who has a net worth of $5 million. She is known for starring in many films and TV series and being married to Val Kilmer.

Joanne Whalley was born in Safford, England in August 1961. From 1976 to 1979 she starred as Sarah Hughes on the television series How We Used to Live. Whalley starred as Vanozza Cattaneo on the TV series The Borgias from 2011 to 2013. She has had recurring roles in several TV series including Joby, Coronation Street, Crown Court, Emmerdale, A Kind of Loving, Edge of Darkness, The Singing Detectives, A TV Dante, Scarlett, 40, Gossip Girl, Jamaica Inn, Wolf Hall, A.D. The Bible Continues, Beowulf: Return to the Shieldlands, The White Princess, and Daredevil. She has appeared in many films including Dance with a Stranger, Willow, Scandal, Storyville, The Secret Rapture, Mother's Boys, and more. Joanne Whalley was married to Val Kilmer from 1988 to 1996. That have two children together. 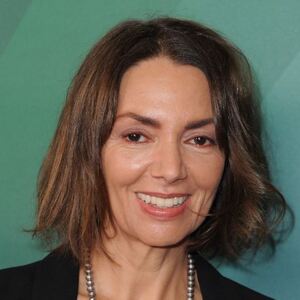