By Joseph Gibson on September 13, 2020 in Articles › Billionaire News

Japanese billionaire Yusaku Maezawa is probably best known to the western public for investing his time and money in public giveaways or a search for a date to the moon, but it turns out he can sink tens of millions of dollars into more mundane pursuits, too, like trading on the stock market. Maezawa took to Twitter to share a cautionary tale of his recent experiences with day trading, claiming to have lost some $41 million in American dollars.

The tweet, which Maezawa titled "Deep Regrets," was posted in his native Japanese. But Bloomberg provided an English translation that tells the sad tale:

"I was blinded by the virus-driven market swings and lost 4.4 billion yen through repeated short-term trading of stocks, something I haven't familiarized myself with…With 4.4 billion yen, how many people could the money have been given out to and saved? There's no end to this regret." 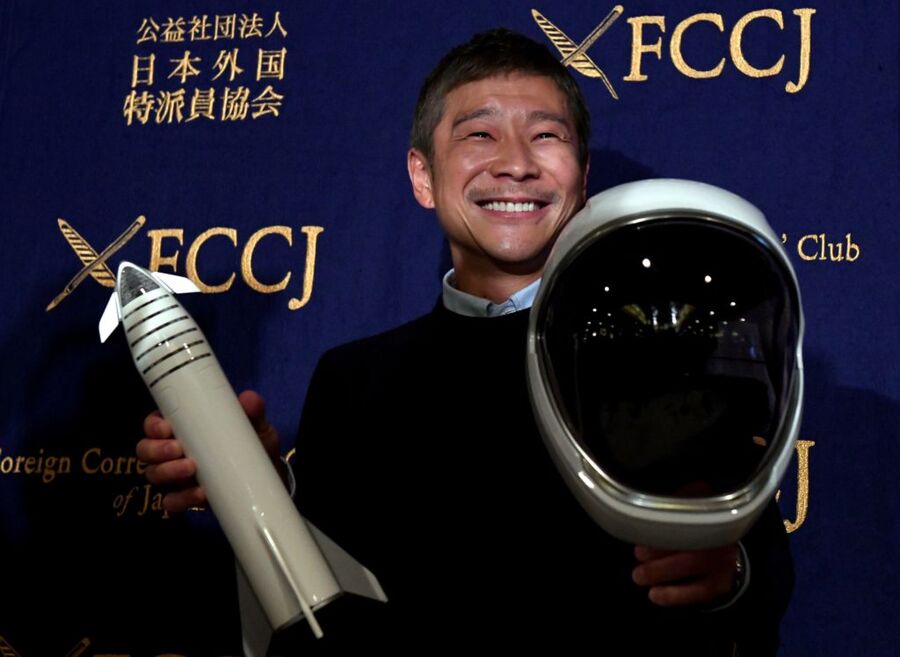 The tweet was only the latest of Maezawa's attention-getting antics on the social media platform, and responses to it from Maezawa's followers reportedly ranged from sincere sympathy to shock that someone could lose so much trading stocks. But when you consider Maezawa's net worth of $3 billion, it becomes a little easier to grasp. The fashion billionaire probably also had plenty of liquid assets on hand after the sale of his online fashion retailer brand Zozo to SoftBank for $900 million back in November of last year.

Maezawa's tweet doesn't seem to give a precise timeline for his daytrading misadventures, but one can assume he's counting his losses going back to February or March, a period which has indeed seen a lot of volatility on the stock market.

As for the eccentric billionaire's other plans, he's still slated to be part of a manned lunar voyage courtesy of Elon Musk's SpaceX scheduled for 2023, a trip that he's paying an unspecified sum to be a part of.