By Joseph Gibson on March 8, 2017 in Articles › Billionaire News

If all goes according to plan, two mystery individuals with plenty of disposable income will become the first private citizens to orbit the moon, courtesy of Elon Musk and his company SpaceX. NBC News recently reported on what exactly is in store for these two free market pioneers, and surprise surprise, it turns out there's a lot more prep work involved in orbiting the moon than in a typical transatlantic flight.

Jim Cantrell is the CEO of another private space travel company, Vector, and also one of the co-founders of SpaceX. He was consulted by NBC for his expertise, even delivering his own clue on who the passengers may be:

"My guess is it is someone who has gone through this before [as a space tourist] and now wants to go up and go around the moon." 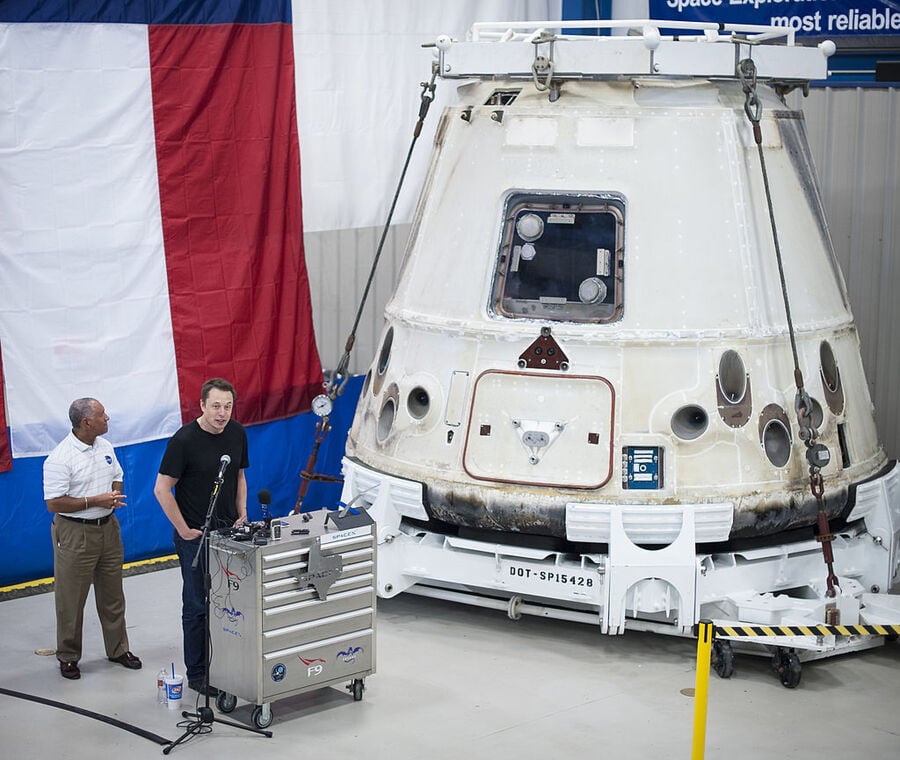 The two paying passengers on board the SpaceX Dragon capsule (seen above in its earlier unmanned incarnation after a successful trip) when it takes off in 2018 will also be "trained astronauts." This means undergoing testing to ensure they're physically and presumably psychologically healthy enough to make the trip, which will last a week from takeoff to landing. That means being able to withstand those infamous high G-forces upon reentry into Earth's atmosphere, when the Dragon will be traveling at an estimated 34,000 miles per hour. And since the Dragon will be a fully automated craft, Cantrell also expects the two passengers to receive some training on what to do if the ship malfunctions in any way, offering this hair-raising hypothetical question that would be enough to talk me out of orbiting the moon, even if I had enough money to afford the trip:

"It's a first for navigation. Dragon, as of today, has never gone past low Earth orbit. How do you know where you're going and how to fire your thrusters?"

As for how much that trip would be, SpaceX and Musk haven't revealed the actual ticket price, except to say it's "comparable" to a seat on the International Space Station. For perspective, NASA shells out about $80 million for a seat on the ISS.