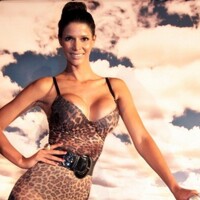 Micaela Schaefer net worth: Micaela Schaefer is a German actress, model, DJ, and presenter who has a net worth of $1.5 million dollars. Born in Leipzig, Germany, Micaela Schaefer grew up in Berlin, and originally focused on ballet training. She was studying to become a pharmacy technician, when she decided to shift her focus to modeling. During her early career, she won numerous pageants, including "Miss Maxim", "Miss Venus", and "Miss East Germany". She competed on "Germany's Next Top Model" in 2006, and finished 8th. She then shifted her focus to acting and reality television work, appearing on such shows as, "Big Brother", "Das Supertalent", "R. I. S.