Mia Wasikowska net worth: Mia Wasikowska is an Australian actress who has a net worth of $8 million dollars. Mia Wasikowska was born in Canberra, ACT, Australia, and was originally focused on a career in dance. She began studying ballet when she was nine, and by age 13, she was going to school full-time and dancing 35 hours per week.

She subsequently shifted her focus to acting, after deciding that the physical perfection required for ballet was not a goal she wanted to attain. She secured an agent on her own, and began pursuing acting work. She began her professional acting career in 2004, appearing on the Australian soap opera, "All Saints". She has since gone on to steady work in both film and television projects, including "Suburban Mayhem", "In Treatment", "September", "Rogue", "Defiance", "Amelia", "Alice in Wonderland", "The Kids Are All Right", "Jane Eyre", "Lawless", and "Stoker", among many other projects. 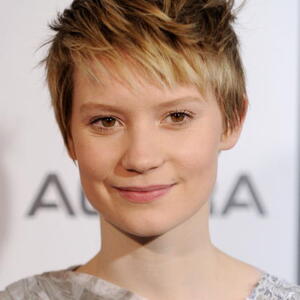