How much is Eugenio Derbez Worth?

Eugenio Derbez net worth: Eugenio Derbez is a Mexican actor who has a net worth is $30 million dollars. Born in Mexico City, Mexico, Eugenio Derbez, also known as Eugenio Gonzalez Derbez Yule, grew up in a show business family. His mother was an actress and his father was a publicist. He began appearing on television while he was still in elementary school. After high school, he began studying acting, and shifted his focus to theater work. He subsequently returned to television work, appearing on such programs as "Cachun, Cachun, Ra, Ra!" and "En Familia con Chabelo". By the late 80s, he had become a television regular, co-starring on the series, "Anabel", and appearing as a guest star on such programs as "Tal Como Somos", "Transplante a la Mexicana", and "Complices Al Rescate". In the late 90s, he began directing, and has since created a number of successful television programs, including "XHDRBZ", "Vecinos", and "La familia P. Luche". He also appeared in the Broadway play, "Latinologues", and the feature film, "Jack and Jill", among other projects. 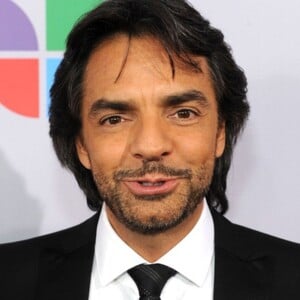