Eamonn Walker net worth: Eamonn Walker is a British actor who has a net worth of $2 million dollars. Born in London England, Eamonn Walker originally intended to have a career in social work, and attended the University of London to focus on the subject. However, his secondary focus, dance, eventually pulled him away from his social work degree.

He danced with Explosive Dance Theater Company in England, before an injury ended his dance career. He then shifted his focus to acting, studying in both London and New York. He began his professional acting career onstage, in the musical, "Labelled with Love" in London. From there, he moved on to television work, appearing on "Dempsey and Makepeace", "Dramarama", and "In Sickness and In Health" in the UK. He began to add film work to his resume in the early 90s, appearing in the film, "Young Soul Rebels". He began to work in Hollywood in the late 90s, and gained widespread notice for his performance as Kareem Said on the television show, "Oz". He has gone on to appear in multiple film and television projects since then, most recently appearing on the British show, "Inspector George Gently". 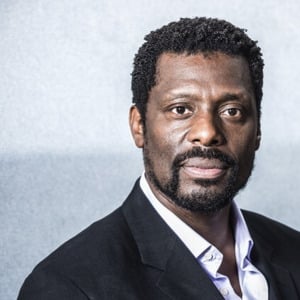