How much is Lino Saputo Worth?

Lino Saputo net worth: Lino Saputo is a Canadian businessman who has a net worth of $5.1 billion. Emanuele "Lino" Saputo aka "Canada's cheese king" started accumulating his fortune by acquiring U.S. and Canadian dairies in the 1980s. Along with the big boom of pizza consumption, proportionally, grew Saputo's wealth, leading the Sicilian emigrant to corner a bulk of the market and eventually set up publicly traded cheese maker Saputo Inc. Being a former delivery boy, Saputo now is semi-retired, still holding the purse strings as a chairman of the board. However, he has handed most of the everyday operational control of the company to his son Lino, Jr. In March 2004, his son Lino was officially appointed to the position of President and Chief Executive Officer. Apart from owning Saputo Inc, Saputo also has an important stake in the trucking company TransForce, as well as other extensive investments in real estate, forest products, hotels and golf courses. In addition to the above, Lino Saputo is also known for his philanthropy and generous support of many causes including many hospitals in Montreal. Thanks to his devoted work both as a businessman and philanthropist, Saputo he was named Officer of the National Order of Quebec in 2011 and one year later he was appointed a Member of the Order of Canada (CM). 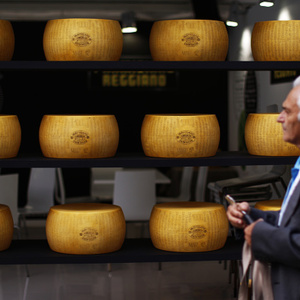