Sofia Vergara net worth salary and career earnings: Sofia Vergara is a Colombian-born actress, model, and spokeswoman who has a net worth of $180 million. Thanks to lucrative endorsement deals and acting paychecks, Sofia is frequently one of, if not THE, highest-paid actresses on the planet. Her success in the world of television has translated into the world of film, and she has booked many prominent roles in major motion pictures. In addition, she earns a considerable income through brand endorsements and appearances in commercials. She also earns $10 million per year as a judge on America's Got Talent.

Sofia overseas somewhat of a retail empire. She has a line of jeans that is sold exclusively at Walmart, a line of furniture and several perfumes.

In a typical recent year Sofia has earned $40 – $50 million from all endeavors.

Early Life: Sofia Vergara was born in Barranquilla, Colombia on July 10th of 1972. The daughter of a rancher and a homemaker, a future in show business seemed unlikely at first for the rurally raised girl. As a child, her siblings called her by the nickname "Toti." She eventually studied for a career in dentistry for three years. She was just about to earn her degree when she had a change of heart and decided to pursue a career in show business instead. It proved to be a wise decision.

Early Modeling Career: While walking along a Colombian beach one day, Sofia Vergara was approached by a photographer who saw her potential. She was quickly offered work in television and fashion. Although reluctant at first, Vergara eventually agreed. Her first major breakthrough came after she booked a Pepsi commercial at the age of 17. She would continue to accept modeling and acting work throughout the next few years. After civil unrest in Colombia, she moved to the United States and continued her career in the entertainment industry.

Early Acting Career: Sofia Vergara initially excelled in Spanish-speaking soap operas and television shows on Univision. By the mid-1990s, she was hosting major television shows and establishing a name for herself as a TV personality. She also started dabbling in English-speaking acting roles, gaining widespread attention with a role in a comedic short that was honored in the 1995 American Comedy Awards.

Breakthrough: In the 2000s, Sofia Vergara truly started to make a name for herself in Hollywood. 2002's Big Trouble put her on the map, and 2003's Chasing Papi made her a force to be reckoned with. Director Tyler Perry seemed to recognize her potential and cast her in Meet the Browns and Madea Goes to Jail. She also made her Broadway stage debut during this time.

Modern Family: Although Sofia Vergara had certainly carved out her niche in the film industry, she took her career to another level when she booked a leading role in the show Modern Family. The series proved to be one of the most successful shows of all time, running for over ten seasons since debuting in 2009. The series ended in 2020. 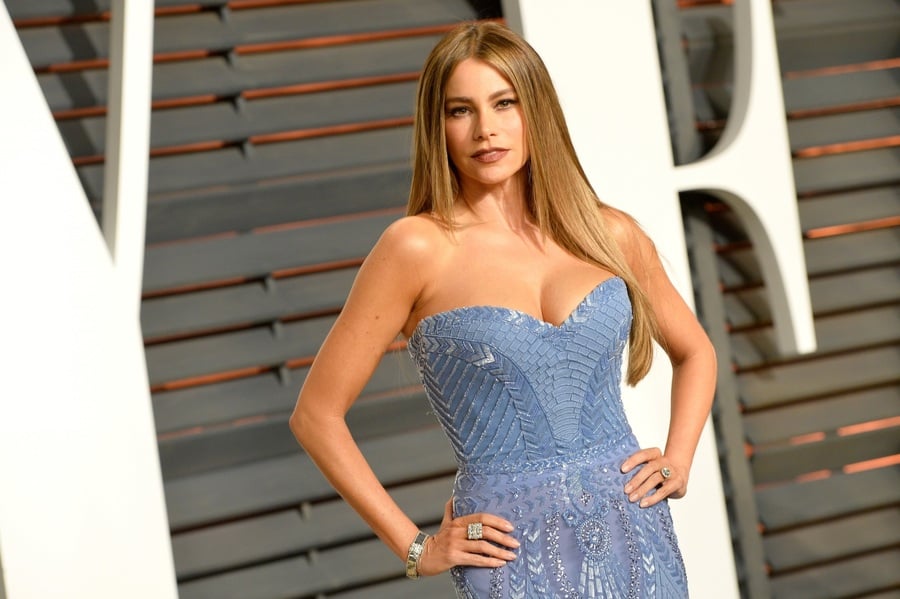 Further Acting Work: Outside of Modern Family, Sofia Vergara has been very busy with other projects. Sofia Vergara worked on animated films like The Smurfs, Happy Feet Two, and The Emoji Movie as a voice actor. She also appeared in films like 2014's Chef. In 2015, she joined Reese Witherspoon for a leading role in the film Hot Pursuit.

Throughout her acting career, Sofia Vergara has continued to appear in a range of commercials for brands like Pepsi, Xfinity, State Farm, Rooms To Go, and Head & Shoulders. She also continued to model, and in 2011 she became the face of CoverGirl.

Earnings: The most substantial part of Vergara's wealth comes from her television work – most notably through Modern Family. In 2012, she was the highest-earning actress on television, as she had earned $19 million that year. In 2013, she earned the title of top-earning actress on television once again, as she had raked in more than $35 million that year. In 2015, her income was $28.5 million. In 2016, Sofia Vergara became the top-paid actress on television for the third time, bringing in $43 million that year. Between June 2017 and June 2018, Sofia Vergara earned $40 million between her Modern Family salary and various brand endorsements. Between June 2018 and June 2019 she earned $43 million. Between June 2019 and June 2020 she earned $43 million.

Additional Business Ventures: In 2011, Sofia Vergara launched her own clothing line through Kmart. The line was aimed at middle-aged women. In 2014, Vergara also launched her own jewelry collection and fragrance line.

Cancer Diagnosis: In the year 2000, Sofia Vergara was diagnosed with thyroid cancer after a doctor found a lump in her neck. After surgical procedures, radiation therapy, and medication, she was able to overcome the disease. However, Vergara still needs to take medication to help her control her metabolism. As a result of her experiences with cancer, Vergara started a foundation that helps families in Colombia deal with the fallout of cancer diagnoses.

Personal Life: Vergara's first marriage was to her high school sweetheart, Joe Gonzalez. Vergara was just 18 when the couple was wed. They had a son in 1992 but divorced one year later. In the year 2010, Vergara started dating Nick Loeb, and they became engaged in 2012. After two years, the couple decided not to go ahead with the marriage. In 2014, Vergara started dating actor Joe Manganiello. The couple became engaged after six months of dating, and they were wed in 2015.

Real Estate: In 2014 Sofia paid $10.6 million for a large home in Beverly Hills, California. In June 2020 she and Joe plunked down $26 million for an incredible mansion in the gated community of Beverly Park high up in the mountains of Beverly Hills. Baseball legend Barry Bonds owned the house from 2002 to 2014 when he sold it for $22 million to a Russian billionaire. 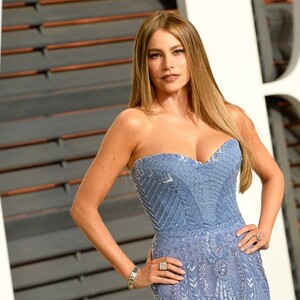