Frank Giustra net worth: Frank Giustra is a Canadian businessman and philanthropist who has a net worth of $1 billion. Frank Giustra was born in Sudbury, Ontario, Canada in 1957. He has been successful in the industries of filmmaking and mining. He graduated from Douglas College in 1979. He started his career working as an assistant trader and stockbroker for Merrill Lynch. He transformed Yorkton Securities into a "major force in the world of international mining finance". Giustra became President of Yorkton in 1990 and Chairman and CEO in 1995. He served as Chair of Endeavour Financial from 2001 to 2007. Giustra served as Chief Executive Officer of Fiore Financial Corporation. He established the Radcliffe Foundation in 1997. He teamed up with Carlos Slim and President Bill Clinton in 2010 to create a $20 million fund to help finance small businesses in Haiti. The foundation has contributed $30 million to the Clinton HIV/AIDS Initiative. Giustra formed Lions Gate Entertainment in 1997 and was Chairman from 1997 to 2003 when he sold most of his stake. He returned to Lionsgate as a member of the Board of Directors in 2010 and launched Sea to Sky Entertainment in 2012. He is a director and investor in Thunderbird Films. Giustra is also the President and CEO of Fiore Financial Corporation. 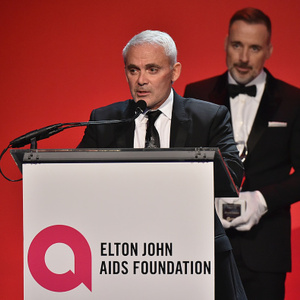