Priscilla Chan Net Worth: Priscilla Chan is an American doctor and philanthropist who has a net worth of $50 billion. Although Chan is a prominent American pediatrician, she is probably best known for being the wife of Mark Zuckerberg, the founder of Facebook. Her net worth is a result of her marriage to the ultra-rich tech entrepreneur, although both her and Mark have dedicated significant portions of their wealth towards philanthropy.

Early Life: Priscilla Chan was born on February 24th of 1985 in Braintree, Massachusetts. Raised alongside two sisters just outside of Boston by Chinese parents, Chan grew up speaking Cantonese. After graduating with honors from high school, Priscilla enrolled at Harvard University in 2003. During this period, she met Mark Zuckerberg, who was also a student at Harvard.

Although she eventually graduated in 2007 with a BA in Biology, she also studied Spanish. As a result, she is now fluent in English, Cantonese, and Spanish. After taking a break for a year to teach science at a private school, Chan continued her education by entering medical school at the University of California. She graduated in 2012 and completed her residency in 2015.

Relationships: In 2012, Chan married Mark Zuckerberg after a long-term relationship. This was the same year she had graduated from medical school, and the same year Mark took Facebook public on the stock market. Although Priscilla miscarried three times, she succeeded in delivering her first child in 2015. Mark and Priscilla then welcomed a second child into the world in 2017.

Career: Priscilla Chan is still a working pediatrician. Not much is known about her exact activities in the medical world, but she has insisted many times that she continues to work – despite having more than enough money in the bank to live several centuries without ever clocking another hour as a doctor. Many observers have applauded Chan for this dedication to the medical world.

Philanthropy: Both Priscilla and Mark are well-known for their philanthropic activities. Together, they have pledged over $4.6 billion to various charities. Some of their most notable donations have gone to the San Francisco General Hospital and the Silicon Valley Community Foundation – the latter receiving almost $1 billion.

In 2015, both Chan and Zuckerberg pledged 99% of their Facebook shares to the Chan Zuckerberg Initiative, a charity they had set up with the expressed goal of improving global health and education. At the time, these Facebook shares were worth about $45 billion. Many observers have expressed beliefs that it was mostly Chan's decision to do this. Her attitude towards philanthropy is said to have an extremely strong influence on her husband.

Real Estate: Priscilla and Mark have significant real estate holdings. In 2019, the couple spent almost $60 million on two adjacent properties in Lake Tahoe. After buying property in Palo Alto, she and Zuckerberg spent over $30 million in order to buy up their neighbor's homes, creating a greater barrier of privacy. In total, the couple owns ten separate properties in four different locations: Palo Alto, San Francisco, Hawaii, and throughout California. 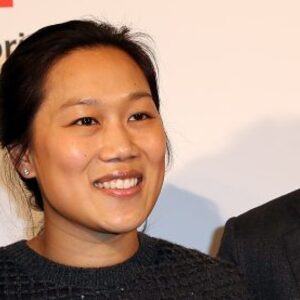