What is Eduardo Saverin's net worth?

Eduardo Saverin is a Brazilian-born internet entrepreneur who has a net worth of $19 billion. Eduardo Saverin is famous for being one of the co-founders of Facebook. Eduardo provided Facebook with its very first investment, roughly $15,000 back in late 2003. TheFacebook.com was launched in February 2004. Eduardo was a Junior and Mark Zuckerberg was a Sophomore. Those funds went towards paying for the company's first servers and other startup costs.

While Mark moved to Palo Alto to run the business, Eduardo opted to accept a summer internship at Lehman Brothers in New York City.

Eduardo essentially never did anything else for Facebook, and in fact was in a legal battle against the company and Mark Zuckerberg within a few years. Yet even with all the ups and downs, Eduardo's $15,000 investment has turned him one of the richest people in the world today. Saverin is the only Facebook co-founder to have absolutely no decision making power or connection to the company's operation.

Eduardo Luiz Saverin was born on March 19, 1982, in Sao Paulo, Brazil to a wealthy Jewish family. His family moved to Rio de Janeiro while he was growing up. His father, Roberto, worked in the clothing, shipping, and real estate industries. His mother, Sandra, was a psychologist. He has two siblings. His Romanian-born grandfather, Eugenio Saverine was the founder of the chain of children's clothing stores called Tip Top. In 1993, Eduardo's family immigrated to the U.S. and settled in Miami, Florida after Eduardo's name was discovered on a list of kidnapping victims by gangs specializing in kidnapping for ransom.

Saverin met Mark Zuckerberg during his junior (and Zuckerberg's sophomore) year at Harvard. Mark had recently been hired by the Winklevoss twins to create an early social network called The Harvard Connection. Mark instead decided to develop a web version of a physical book that was distributed to all freshman at colleges that showed a photo with some basic biographical information. This book was called "the face book."

In late 2003 Mark approached Eduardo with his idea for TheFacebook.com. Eduardo provided the funds Mark needed to buy servers and get the site up and running. TheFacebook.com launched in February 2004. As co-founder, Saverin held the positions of chief financial officer and business manager. Saverin is one of four co-founders of Facebook.com, along with Mark Zuckerberg, Dustin Moskovitz, and Chris Hughes.

That summer Eduardo moved to New York City to take an internship with Lehman Brothers while Mark moved to Palo Alto to work on what eventually became just "Facebook.com."

By the time Mark Zuckerberg was living in Palo Alto to run the business, Eduardo owned 34% of Facebook.

Eduardo and Mark's relationship soured that summer. Mark became somewhat resentful that Eduardo did not make the pilgrimage to Palo Alto and instead was off in New York working on other projects. Their relationship became toxic after Mark discovered that Eduardo was running unauthorized ads on Facebook for a job website he developed on his own called Joboozle.

"You developed Joboozle knowing that at some point Facebook would probably want to do something with jobs. This was pretty surprising to us, because you basically made something on the side that will end up competing with Facebook and that's pretty bad by itself. But putting ads up on Facebook to advertise it, especially for free, is just mean." 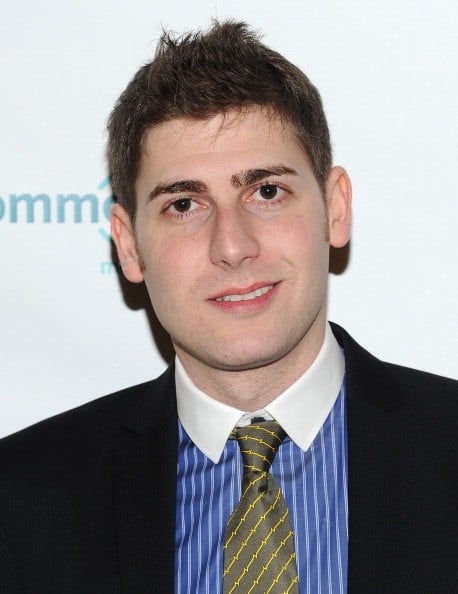 At some point Eduardo started to feel left out and resentful of Mark's business decisions. In protest he froze Facebook's bank account. In retaliation, and to limit his say over how Facebook would be funded, Zuckerberg deployed a sneaky form of corporate sabotage.

At the time Facebook was about to accept a $500,000 investment for 9% of the business from Peter Thiel. Before Facebook could accept the funds, it needed to form a new Delaware-based LLC which would acquire the former Florida-based corporation.

When this transaction occurred Eduardo initially went from owning 34% of their former company to 24% of the new company.  Eduardo signed an agreement that handed over his rights to Facebook's intellectual property and his 3 million former "founder's shares." After this transaction, Facebook issued 9 million brand new shares to all the founders EXCEPT Eduardo. This reduced Saverin's stake to less than 10%.

When he found out, Eduardo was understandably furious and quickly filed a lawsuit. Facebook counter-sued arguing that the stock-purchase agreements Saverin signed in October 2005 were invalid. Saverin alleged that Zuckerberg spent Facebook's money (Saverin's money) on personal expenses over the summer. Both lawsuits were settled out of court with Eduardo's stake eventually increased to a much more significant stake in the company.

In 2015, Saverin founded B Capital, a venture capital firm with his friend Raj Ganguly, a former consultant and vice president at Bain Capital. Saverin and Ganguly along with three other general partners over see more than $1 billion across four offices and two funds. In 2016, Saverin's fund closed initial deals of over $140 million in Asia, including $30 million in regional logistics startup Ninja Van. Saverin has also invested in Singapore-based Anideo, headed by Andrew Solimine, a longtime friend. The company developed a video-streaming application, Denso, that specializes in selecting videos based on a user's personal taste.

In September 2011, Saverin renounced his U.S. citizenship. As a result, he was able to avoid an estimated $700 million in capital gains taxes. He has been a resident of Singapore since 2009 and stated that he renounced his U.S. citizenship because he wanted to live and work in Singapore. He denied accusations that he left the U.S. to avoid paying taxes.

Saverin met Elaine Andriejanssen when they were both college students in Massachusetts and reconnected after he moved to Singapore, where she lived. They got engaged in the spring of 2014 and threw a lavish engagement party in Bali that featured a performance by John Legend. The couple married on June 25, 2015, in the French Riviera. She is a Chinese Indonesian woman who was educated at Singapore's Raffles Girls' School and Tufts University. She worked as a quantitative research analyst at Franklin Templeton Investments. Her family runs several businesses in Indonesia.

Saverin is played by Andrew Garfield in the film The Social Network, a film depicting the years during the founding of Facebook.

After Facebook went public, the filing showed that Saverin held 53,133,360 shares worth a total of $2.18 billion, or just under 2% of Facebook's outstanding shares. That would have been worth a lot more had he not sold off more than half of his shares before the IPO.

In 2019, Saverin bought a home on two acres in Singapore for $167 million. The two-story house is located on a tree-lined street in one of Singapore's most expensive neighborhoods and is accessed via a gated driveway. The property has a pool, a tennis court, and a large yard.