What is Sheryl Sandberg's Net Worth and Salary?

Sheryl Sandberg is an American businesswoman who has a net worth of $1.8 billion. Sandberg is the COO (Chief Operating Officer) of Facebook. She has been called one of the most influential people on the planet, and her net worth is largely a reflection of her stock holdings in Facebook and other companies. Before working for Facebook, she had a political career and was an executive at Google.

Sheryl Kara Sandberg was born on August 28th of 1969 in Washington, D.C. Raised in a Jewish household alongside two younger siblings, she moved with her family to North Miami Beach in Florida when she was two years old.

She immediately excelled in high school, graduating with a 4.646 GPA before attending Harvard College. She graduated in 1991 with a Bachelor of Arts in economics. Because she was the top graduating student in the economics department, she was awarded with the John H. Williams Prize. In 1993, she enrolled at Harvard once again, attending the business school and earning her MBA in 1995.

Sandberg spent the early part of her career as a management consultant before working for Larry Sanders, the United States Secretary of the Treasury. She then joined Google, leading the company's advertising and publishing efforts for its consumer products and its Google Book Search feature. She eventually left Google having grown its ad and sales team from four people to 4,000 individuals.

After meeting Mark Zuckerberg at a Christmas party, Sandberg was offered the job of Facebook COO. She officially joined the company in 2008 and immediately searched for ways to make the social media giant profitable. With the addition of paid advertising, Sandberg achieved her goal. As of 2020, she oversees a massive portion of Facebook's business operations. In 2012, she became the first woman on Facebook's board of directors.

In 2013, it was revealed that Sheryl had sold 2.4 million Facebook shares, which were worth about $91 million. This represented just 5% of her total holdings in Facebook. By 2014, it was reported that Sheryl had sold over half of her Facebook shares, leaving her with about 17.2 million total shares remaining. This represented a total stake of 0.5% in the company with a total worth of about $1 billion. 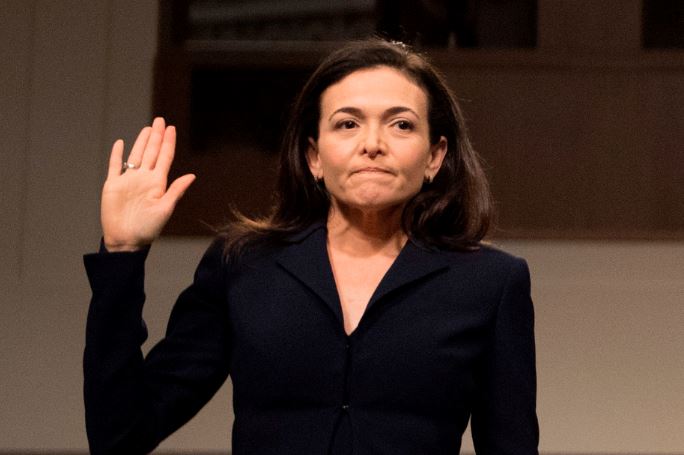 In 2020, it was announced that the FTC was considering deposing both Mark Zuckerberg and Sheryl Sandberg as a result of potential anti-trust law violations. This came one year after the tech giant had paid a $5 billion fine for violations. Mark Zuckerberg has appeared before US judicial committees on numerous occasions since the controversy began, and as of 2020, these antitrust investigations continue to impact high-level Facebook executives such as Sheryl Sandberg.

Facebook was directly involved as users were exposed to questions in order to build detailed psychological profiles. Cambridge Analytica then sold the data to various political campaigns. This profiling and data mining occurred as early as 2013, and it allegedly had an impact on the 2016 US elections. Zuckerberg reportedly held Sandberg personally responsible for the fallout and controversy that followed. After a heated exchange with the Facebook CEO, Sandberg allegedly became concerned about the future of her job.

Sheryl Sandberg has received criticism for a number of other activities, and she is seen by many to be a driving force behind "surveillance capitalism." She also allegedly asked a team of Facebook communications experts to look into George Soros' financial activities after he publicly criticized the activities of various tech companies.

Sandberg's first marriage was to Brian Kraff, whom she divorced in 1994 after one year. In 2004, she married Dave Goldberg, the former CEO of SurveyMonkey. Over the course of their relationship, the couple had two children together. In 2015, Goldberg passed away suddenly after an accident. Sandberg has publicly revealed that he died as a result of arrhythmia.

In 2016, Sheryl started dating Bobby Kotick, the CEO of Activision Blizzard. They split up after three years of dating. In 2020 she became engaged to Tom Bernthal, the CEO of Kelton Global.

In 2009, Sanberg purchased a home in Menlo Park, California, for $2.9 million. She and her husband spent the next few years renovating the property after demolishing the existing structure and starting from scratch. Today, the angular, "bunker-like," and vaguely bleak property shares much in common with Facebook's headquarters, suggesting Sheryl feels quite at home when at the office.

The property features 9,210 square feet of living space, and reports suggest that the interior feels very "corporate." There's also a wine room, gym, movie theater, guest bedroom, and a great room complete with a massive waterfall. The outdoor space is notable for its green roof, solar panels, and basketball court. As of 2020, the property has an estimated value of $11 million.

In 2014, Sheryl Sandberg sold a property in Atherton, California for $9.25 million. She had originally purchased the property back in 2004 for a sum of $7.995 million. The house features 11,430 square feet of living space -not including the extensive basement area. Atherton has been called the "Most Expensive Zip Code in America" by various publications. 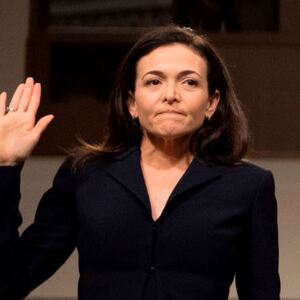