Case Keenum net worth and salary: Case Keenum is an American professional football player who has a net worth of $20 million. Case Keenum was born in Brownwood, Texas in February 1988. He is a quarterback who played at Wylie High School. Keenum played his college football at Houston where he was first-team All-Conference-USA and Conference-USA MVP in 2009 and 2011. He was also Conference-USA Offensive Player of the Year in 2009 and 2011 and a second-team All-American in 2009. Case Keenum went undrafted in 2012 but signed with the Houston Texans where he played from 2012 to 2013. He played for the St. Louis Rams and the Houston Texans in 2014. Keenum played for the St. Louis / Los Angeles Rams from 2015 to 2016 and for the Minnesota Vikings in 2017. He played for the Denver Broncos in 2018 and joined the Washington Redskins in 2019. In 2018 he signed a two year deal with the Broncos for $36 million. 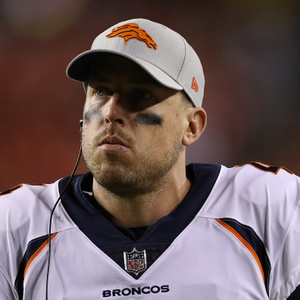