Josh McCown net worth and career earnings: Josh McCown is an American professional football player who has a net worth of $16 million. Josh McCown was born in Jacksonville, Texas in July 1979. He is a quarterback who was named East Texas Player of the Year at Jacksonville High School.

McCown played his college football at Southern Methodist University and Sam Houston State. He was drafted #81 by the Arizona Cardinals in the 2002 NFL Draft and played there until 2005. McCown played for the Detroit Lions in 2006 and the Oakland Raiders in 2007. He played for the Carolina Panthers from 2008 to 2009 and then for the Hartford Colonials of the UFL in 2010. From 2011 to 2013 he played for the Chicago Bears. McCown played for the Tampa Bay Buccaneers in 2014 and signed with the Cleveland Browns in 2015. He has been named the AFC, NFL, and UFL Offensive Player of the Week and was the NFL Quarterback Challenge winner in 2007. McCown holds the Cleveland Browns single game record for passing yards at 457. In 2014 he signed a two year deal with Tampa Bay for $10 million. 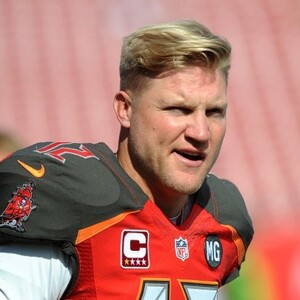