Andy Dalton net worth: Andy Dalton is an American professional football quarterback who has a net worth of $35 million. He is probably best-known for playing for the Cincinnati Bengals in the NFL for nine seasons. Over those nine seasons Andy earned $83.5 million in salary alone.

Andy Dalton was born in Katy, Texas in October 1987. Dalton was named Greater Houston Area offensive player of the year at Katy High School. He played his college football at Texas Christian University where he was an honorable mention Freshman All-American. Dalton was the Texas Bowl MVP in 2007 and the Poinsettia Bowl MVP in 2008. He was a two time honorable mention All-American and two time Mountain West Conference  Offensive Player of the Year as well as two time First-team All-MWC selection. Dalton was also Rose Bowl Offensive MVP in 2011.

Salary and Contracts: He spent the next nine seasons playing Cincinnati. After being drafted Dalton signed a four year deal worth $5.2 million. He signed a six year extension in 2014 which could have been worth up to $115 million based on incentives. Andy was released by the Bengals in April 2020. Up to that point he had earned $83.5 million in salary from the team. 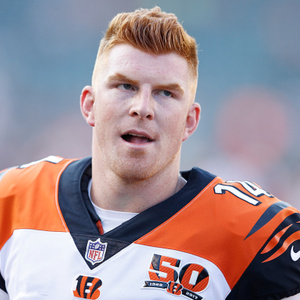