Teddy Bridgewater was born in Miami, Florida in November 1992. He is a quarterback who played at Miami Northwestern High School. Bridgewater played his college football at Louisville where he was the Big East Rookie of the Year in 2011. He was the Big East Offensive Player of the Year and first-team All-Big East in 2012. Teddy Bridgewater was named second-team All-ACC in 2013. He was drafted #32 overall by the Minnesota Vikings in the 2014 NFL Draft. Bridgewater played for the Vikings from 2014 to 2017 and was named Pepsi NFL Rookie of the Year in 2014. He was also named to the PFWA All-Rookie Team in 2014 and was selected to the Pro Bowl in 2015. Teddy Bridgewater played for the New Orleans Saints from 2018 to 2019 and joined the Carolina Panthers in 2020. He signed a four year deal for $6.85 million with a $3.3 million signing bonus in 2014. In 2019 he signed a one year deal for $7.25 million guaranteed. 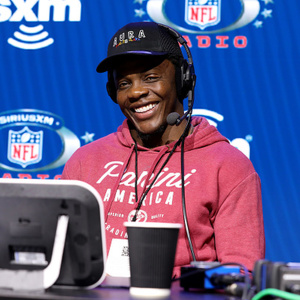