Museum Offers $10 Million Reward For Info Regarding Huge 1990 Heist (But You Must ACT NOW!)

When you visit the Isabella Stewart Gardner Museum in Boston, you're not just bearing witness to an impressive collection of paintings like you do at a standard art museum. You're also standing on the site of the biggest art theft of all time, which occurred in 1990 when two thieves dressed as police absconded with half a billion dollars worth of works by artists like Rembrandt, Degas, Manet and Vermeer – works that in any other context might be described as "priceless." The museum has long had a $5 million reward for information that would lead to the recovery of the lost paintings, but the ante has been raised to $10 million before the end of 2017. The museum's director of security Anthony Amore explained the rationale behind the temporary increase to The New York Times:

As I write this, that reasoning is being tested, since the December 31st deadline to claim the doubled reward is here and no viable recipients have been reported. Amore says he's optimistic, though, even given the fact that nearly 30 years have passed since "the biggest property theft in the history of man," since as whoever has the paintings now will eventually wise up to the fact that their loot will be tricky to sell due to their notoriety – on the other hand, 27 years is a very long time to take to learn that lesson. 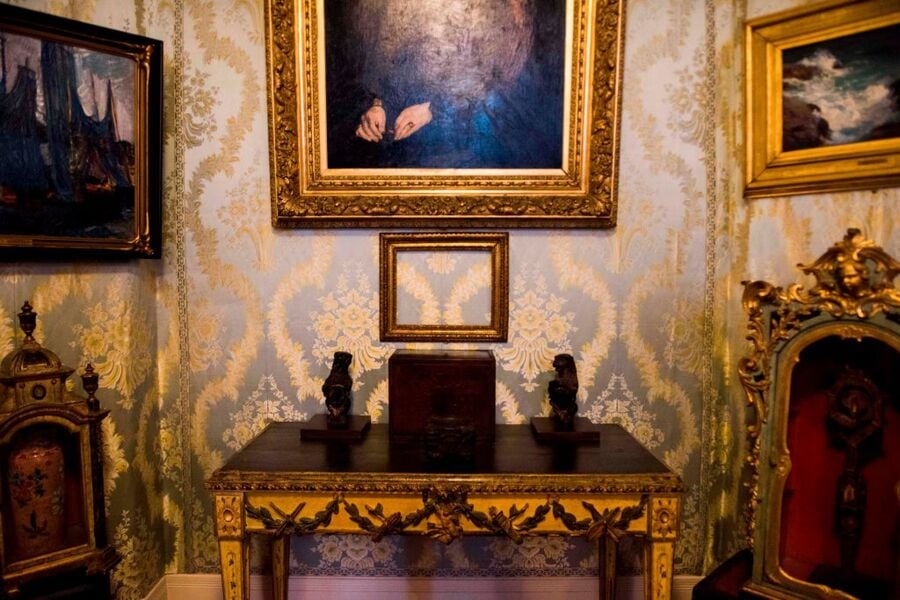 Empty frames like the one seen above that previously held the paintings have remained on display in the museum since the heist, a message that the paintings' rightful home will always be in the Gardner collection. In 2013, the FBI revealed that the identities of the thieves had been discovered, but that they had both died, and were believed to have bequeathed the art to someone affiliated with the mob.

The paintings aren't known to have shown up in any black market exchanges, so one can only hope that they haven't been somehow lost or destroyed. After December 31st, the museum's reward will revert back to the $5 million amount.