The Biggest Art Theft In History May Have Just Been Solved. But Where Are The $500 Million Paintings Today???

By Brian Warner on April 21, 2015 in Articles › Entertainment

Compared to other forms of criminal activity, being an art thief isn't actually that great of a way to get rich. First of all, the consequences of getting caught are extremely harsh. Convicted art thieves can spend decades behind bars, answering for their crimes. Secondly, stealing art takes a lot of work. It's not like identity theft or hacking a corporation, both of which can be done from the comfort of your living room. Stealing art requires years of planning, keen physical fitness, brains, stealth reflexes, and a lot of luck. Then, even if you do end up pulling off a heist, you are faced with the daunting task of turning the haul into cash so you can actually enjoy the spoils of your victory.

Over the past 100 years of high profile art theft, that last challenge has proven time and again to be a very difficult stumbling block. After all, who is gonna be willing to pay you top dollar for something they will never be able to display publicly? A $100 million stolen Picasso will trade on the black market for pennies on the dollar. If no buyer is found, that Picasso might literally end up in the gutter because it's just not worth the heat.

Yet despite all these major obstacles, major instances of art theft continue to occur every year. When you look back at all the major art robberies that have occurred in the last 100 years, the world record occurred in May 1990 at Boston's Isabella Stewart Gardner Museum. On that fateful day, $500 million worth of masterpieces vanished without a trace for 25 years. Until now… 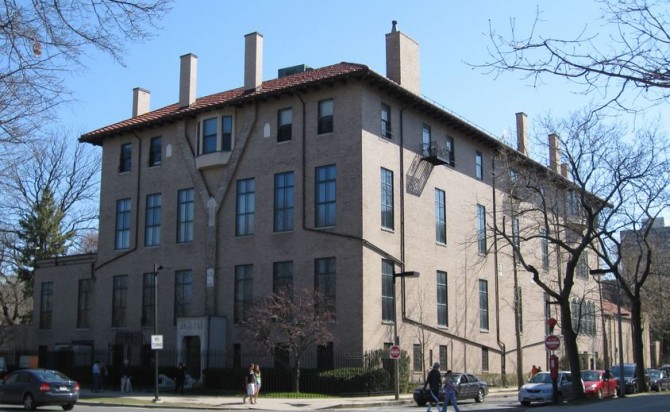 In the very early hours of March 18, 1990, two men wearing police uniforms walked up to a side entrance of the Gardner museum and buzzed the intercom. When someone on the other side answered, the thieves replied "Police! Let us in. We heard about a disturbance in the courtyard!" The thieves were immediately buzzed in without any question or concern. Upon entering the museum, the fake cops quickly ran into two security guards. One guard was behind a desk and had access to the alarm button, the other was standing nearby. As they approached, the fake cops told the sitting guard that they had a warrant out for his arrest. They told him to get up and put his hands against the wall. The other guard was also placed in handcuffs. At this point, one of the guards asked "Why are you arresting me?" To which one of the fake guards replied "You're not being arrested. This is a robbery. Don't give us any problems and you won't get hurt."

Over the next 30-60 minutes (investigators don't know the exact time frame) the thieves proceeded to remove 13 masterpieces from the museum's walls. Instead of attempting to pry the framed paintings from the wall intact, they simply used box cutters to crudely cut them out of the frames. They had to make two trips to their getaway car. The security guards remained duct taped and handcuffed to a basement pipe until 8:15 am.

At first, the museum estimated the total value of the stolen pieces at $200 million. That number was eventually raised to $500 million, which makes this the biggest art robbery in world history. A $5 million reward was offered by the museum for information leading to the return of their masterpieces. The theft has been the subject of countless TV specials, books, and a 2005 documentary called "Stolen." References to the stolen paintings have appeared on The Blacklist and several episodes of The Simpsons. The heist was even recreated for an episode of Comedy Central's Drunk History, which I highly recommend in general.

The Investigation And Arrest

Interestingly, the thieves did not actually steal the museum's most valuable paintings which were right there for the taking as well. This fact has led many to speculate that the thieves were not art experts. Specifically, the museum's most valuable piece, Titian's "Rape of Europa," was not touched. This work alone would arguably have been worth more than the entire haul of work that did get taken.. So they weren't art history majors. But they were still holding $500 million worth of masterpieces that the museum desperately wanted back.

Incredibly, almost no workable information related to the theft was produced for more than 20 years. A break finally happened in 2012, when the FBI searched the home of a member of a New England mafia group named Robert Gentile. During that search, the FBI discovered a handwritten note that listed all 13 stolen art pieces plus their estimated black market value. Oh, the FBI also found a pair of police uniforms. In March 2013, the FBI announced that they knew the identities of the thieves and that they believed the paintings were sold off in the 2000s, in Connecticut and Philadelphia.

Last week, Robert Gentile was arrested on unrelated gun charges. During their investigation, the FBI secretly recorded conversations in which Robert allegedly tells an undercover agent that he had access to at least two of the 13 missing Isabell Stewart Gardner paintings. He also reportedly claimed that the two paintings were available to purchase for $500,000, each.

Gentile is 79 years old, wheelchair bound most of the time, and morbidly obese. His attorneys scoffed at the art theft allegations.

All these new developments bring up one simple question: Where are the paintings??!! Will they ever be recovered? Have they been destroyed or buried forever? Are they mounted on the wall of some Connecticut billionaire's secret underground bunker? Are they overseas resting in the collection of some Chinese billionaire? Hopefully we'll find out soon!