Call it the Great Fajita Swindle. A Juvenile Justice Department employee in Cameron County, Texas named Gilberto Escamilla is alleged to have stolen more than a million dollars worth of fajitas over the course of nine years, spending county money on the fajitas and then reselling them (presumably) at a profit. District Attorney Luis V. Saenz told The Brownsville Herald that the case of the felonious fajita filcher seems funny, but the alleged crime is in fact quite serious:

"If it wasn't so serious, you'd think it was a Saturday Night Live skit. But this is the real thing." 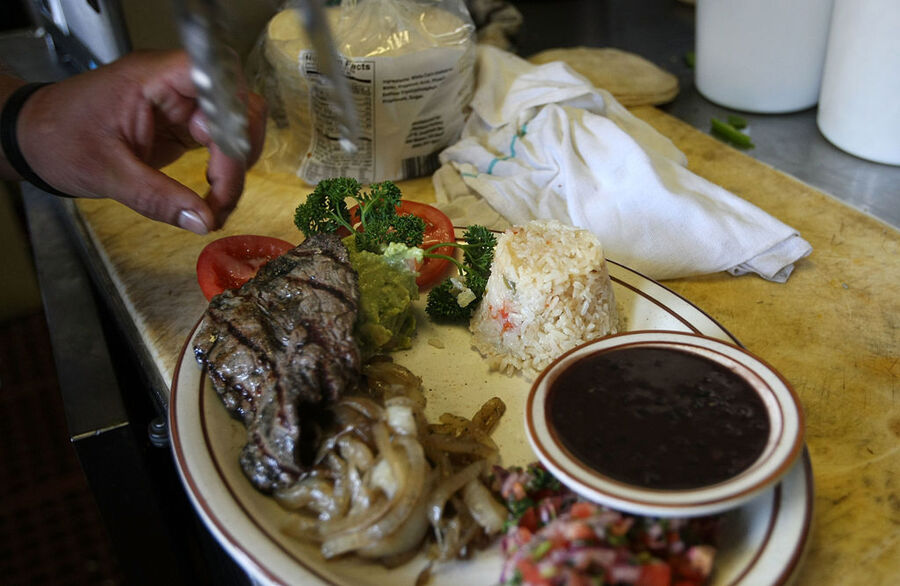 Escamilla's first mistake was taking a day off from work on August 7th for a doctor's appointment. On the day in question, the Cameron County Juvenile Justice Department received an order of 800 pounds (!!) of fajitas, supposedly for the office's kitchen to prepare for detainees. Fajitas aren't on the menu at this particular institution, though, and when the delivery driver was told this he answered back that he had been making such deliveries there for almost ten years. And so, when Escamilla showed up for work the next day, he confessed to the crime of stealing hundreds of pounds of fajita fixins under the false auspices of the Cameron County Juvenile Justice Department.

He was immediately fired, but it wasn't until investigators searched his home and followed a paper trail stretching back nearly a decade that they were able to total up the value of his stolen fajita haul: $1,251,578 (it's unknown how many fajitas this is, but it must be an awful lot).

Escamilla reportedly made bail following his first arrest, but once authorities realized the extent of his crimes he was arrested again on felony first-degree theft charges.