Novak Djokovic is a Serbian professional tennis player who has a net worth of $220 million dollars. Djokovic has emerged as one of the best tennis players of all time after a career filled with impressive victories.

In 2016, he became the first-ever player to hold all four major titles on three different surfaces. He is also the only male tennis player to have won all nine Masters 1000 Tournaments. Over the course of his career, he has been the top-ranked player by the ATP on five separate occasions. Djokovic is famous for his rivalry with Rafael Nadal, and the two players have produced some of the most entertaining matches in tennis history.

As of this writing, Novak Djokovic has earned more money from on-court winnings than any other player in professional tennis history. His career earnings topped $150 million for the first time in July 2021.

In 2011, Novak Djokovic set a new record for the most prize money won in a single season, raking in $12 million.

When Novak won Wimbledon in July 2019, it brought his total career earnings to $133 million, beating the previous record held by the man he defeated, Roger Federer, who had earned a lifetime sum of $124 million. As of this writing he has earned $144 million in tournament prizes alone, topping Federer's $129 million.

The vast majority of his earnings each year come from endorsements with brands like Peugeot and Lacoste. His Lacost deal alone pays 8-figures annually.

Novak Djokovic was born on May 22nd of 1987 in Belgrade, Serbia. He was raised alongside two brothers. Djokovic first started playing tennis at the age of four. As a six-year-old, Djokovic caught the eye of Jelena Genčić, who immediately saw the young boy's potential. Jelena Genčić then personally trained Djokovic over the next 6 years until she sent him to Germany to train under Nikola Pilić. He trained for four years at Pilić's academy, beginning his junior career partway through his tennis education.

Novak Djokovic turned pro in 2003, but he didn't make his first Grand Slam appearance until 2005 after qualifying for the Australian Open. That year, he also performed well at Wimbledon and at the US Open. By 2006, he had reached the top 40 of the world rankings. That year, he won his first ATP title at the Dutch Open. A further win at the Moselle Open put Djokovic in the top 20.

In 2007, Djokovic broke into the top ten for the first time. That year, he stunned tennis fans by beating Andy Roddick, Nadal, and Federer to win the Rogers Cup. At the time, those were the top three ranked players in the world. In 2008, he won his first major title with a victory at the Australian Open. To finish off the year, Djokovic won an Olympic Bronze medal and his first Tennis Masters Cup title.

In 2009, Novak Djokovic consolidated his position as the third-ranked tennis player in the world after reaching ten finals and winning five titles. 2010 was another successful year for Djokovic, and by 2011 he had claimed the number one spot on the world rankings for the first time. That year, he won a total of ten tournaments, including the Australian Open, Wimbledon, and the US Open. Although a back injury led to a disappointing end to the season, various commentators called Djokovic's accomplishments that year one of the most impressive achievements in sporting history.

Djokovic came back strong in 2012, winning the Australian Open once again. After another impressive season, he finished the year by beating Nadal at the 2012 ATP World Tour Finals. Once again, he finished the year in the top spot. 2013 saw Djokovic win the Australian Open once again, although he would eventually concede the number one ranking to Nadal in 2014. That year, a wrist injury hampered his success, but he returned to beat Nadal at Wimbledon to reclaim the number one world ranking.

Djokovic's accomplishments in 2015 contributed to what many consider to be one of the greatest tennis seasons of all time. In addition to winning a vast number of titles, Djokovic produced a rared victory over Nadal at the French Open. In 2016, his lead in points over his rivals was becoming almost unassailable. That year, he won all four major tournaments, completing what the media called the "Nole Slam." That being said, various defeats that year had Djokovic finishing with second-place ranking.

2017 was somewhat disappointing for Djokovic, as he was defeated by a player ranked outside of the top 100 at the Australian Open. Intent on finding a winning edge, Djokovic fired his entire coaching staff and hired Andre Agassi as his new coach. Unfortunately, he then missed most of the season due to an elbow injury. In 2018, he underwent surgery on his elbow partway through the season. That year, he returned to form and won the career Golden Masters. He eventually returned to the number one spot on the world rankings. In 2019, he won the Australian Open and Wimbledon. As of 2020, Novak Djokovic is the top-ranked tennis player in the world. 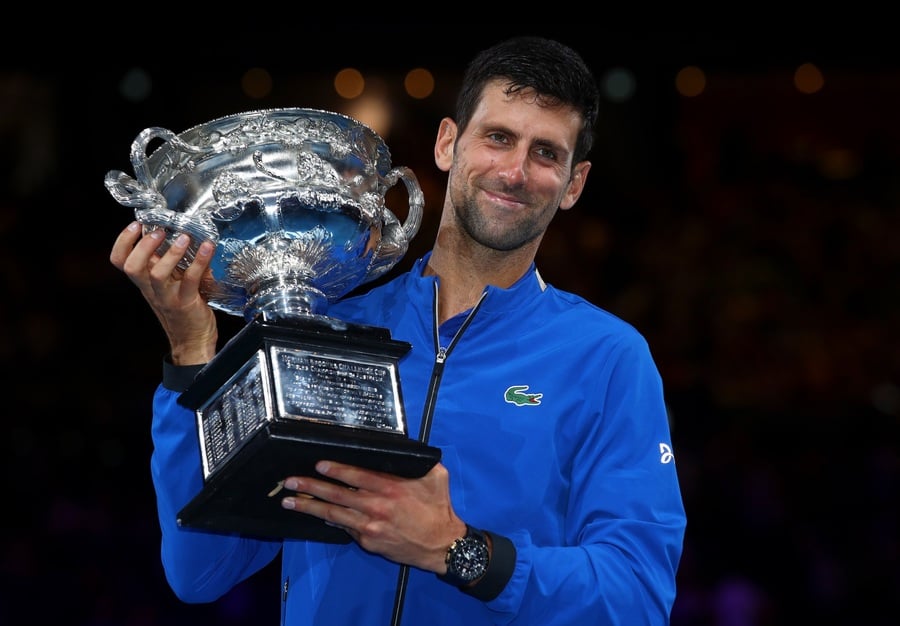 Novak Djokovic is considered one of the most "complete" players in tennis, with no real weak points in his game. He is known for his ability to return serves, and he is rarely aced. In addition, the agile Djokovic has received praise for his impressive mobility around the court. Above all else, Djokovic wins matches by turning defense into offense.

Novak Djokovic met his wife, Jelena Ristić, in high school. He later started dating her in 2005. The couple was married in 2014, and that year they had their first child. They later had another child in 2017. He is also friends with Ana Ivanovic, a Serbian tennis player who he has known since childhood. Outside of tennis, Djokovic is an avid soccer fan. He is also known to meditate for up to an hour per day and is a member of the Serbian Orthodox Church. 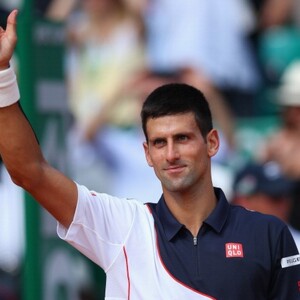