Jeff Gundlach net worth: Jeffrey Gundlach is an American investor who has a net worth of $2 billion. He earned his fortune as the founder of DoubleLine Capital LP, an investment firm that has more than $140 billion in assets under management. He gained widespread notice within the financial community as the head of the TCW Group's Total Return Bond Fund. After being fired from TCW in 2009, he founded Doubleline Capital, bringing several former co-workers along. Today Jeff widely recognized as the most knowledgeable investor currently working with regards to bonds and fixed income investments. He is often referred to as the "bond king" or "the king of bonds".

Early Life: Jeffrey Edward Gundlach born on October 30, 1959 in Amherst, New York. His father was a chemist for Pierce and Stevens Chemical Corp. As a kid, his mother would drag him to art shows in Buffalo and Manhattan. This would instill a lifelong appreciation for fine art. Today his personal collection includes pieces by Mondrian, de Kooning, Jasper Johns and Warhol.

Career: Gundlach spent many of his formative years working for the TCW Group in Los Angeles. TCW is a major investment firm dedicated to providing high net worth people and institutions with investment strategies. While serving as head of the fund, he regularly finished in the top 2% of all funds invested. At his peak with the firm, he managed its $12 billion TCW Total Return Bond Fund.

While at TCW Gundlach was one of a handful of fund managers who predicted the housing crash. In June 2007 he publicly called the subprime mortgage market an "unmitigated disaster". That was a full year before the worst aspects of bubble burst.

He was unceremoniously fired from TCW in 2009 after word got out the he planned to launch his own firm.

DoubleLine: Shortly after being fired, Gundlach launched DoubleLine Capital LLC. He founded the firm with Philip Barach and 14 other senior staff from TCW. One month after being founded, DoubleLine had 45 employees and $1 billion in assets under management.

The company is named after a series of paintings by artist Piet Mondrian from the 1930s which feature straight lines crossing with solid rectangles.

In September 2020, DoubleLine reported to have $141 billion in assets under management.

The firm's LA offices are lined with extraordinarily valuable works of art. Its conference rooms are named after artists and feature at least one piece by that artist. For example, there's a Warhol hanging in firm's largest conference room, the "Warhol Room".

Jeff personally painted DoubleLine's logo which was done in reference to a Mondrian. 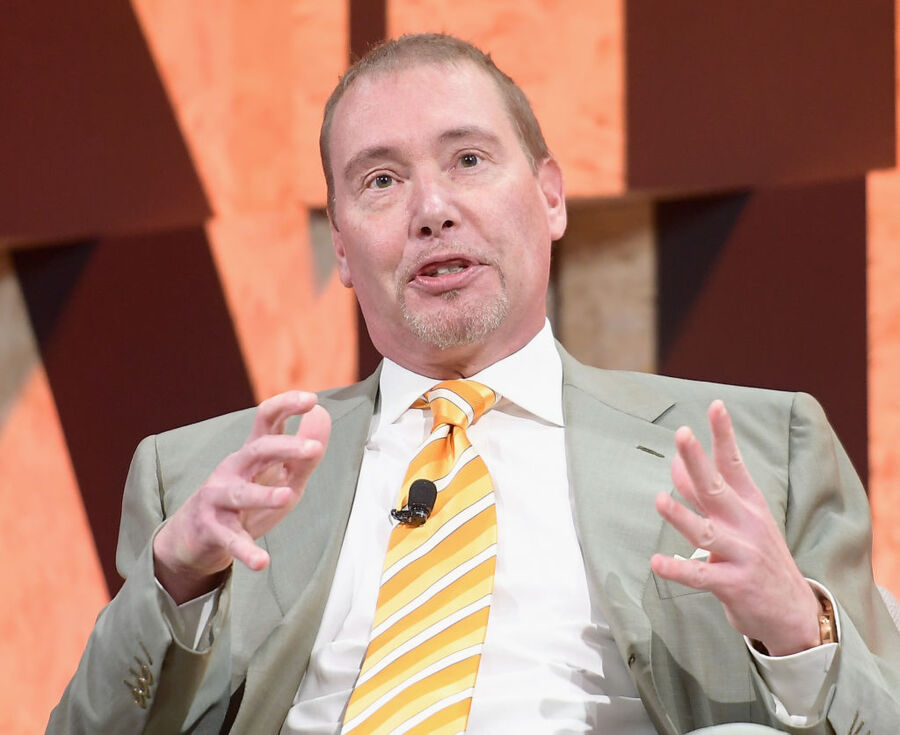 Home Burglary: In September 2012, Gundlach's mansion in Santa Monica, California was burglarized while he was away in New York. The thieves stole a dozen works of art, valuable bottles of wine, five extremely valuable watches, cash and Jeff's prized 2010 red Porsche Carrera 4s. One of the stolen paintings was by Jasper Johns. The total value of the stolen haul was at least $10 million. The thieves reportedly began breaking into the home on September 12 then returned the following day to take the Porsche. He apparently found a set of the Porsche keys in the garage then simply used the garage opener to drive up and out of the garage.

Gundlach offered a $1 million reward for the return of a painting by Piet Mondrian and a $500,000 reward for the Jasper Johns. He was covered by insurance for everything else, but the paintings were irreplaceable.

Most of the paintings were recovered within a few weeks at an automobile stereo shop in Pasadena, California after Santa Monica police received a tip. It's unclear if this tipster received any of  Gundlach's $1.7 million total reward.

Six people were eventually charged in connection to the robbery. The mastermind was sentenced to six years in prison.

In a bizarre twist, Jeffrey would later claim that he actually had a hand in catching the thieves. One the stolen paintings was by an artist named Helen Fuchs. Fuchs was not a famous artists, she was Jeffrey's paternal grandmother. One of her pieces hung on the walls along side priceless works by some of history's best painters. Helen's importance would be indistinguishable on Gundlach's wall, so her painting was scooped up by the thieves as well.

According to Jeffrey, he tipped law enforcement of his grandmother's painting which featured her signature in the bottom right corner. His theory was that the artist would eventually Google the name "Helen Fuchs" to learn the value of the piece.

In his own words:

"I outsmarted the guy. I figured he was a street criminal who didn't know anything about art because of what he took, and I figured out that sooner or later he would Google the signature of the artists."

Jeffrey then claims law enforcement was somehow able to access all the search history in the LA area for the name "Helen Fuchs" and there were able to find two matches. One of the matches was a search Jeffrey had done and the other was the theif.

A dubious claim, but a fun cocktail party story for Mr. Gundlach.

Real Estate: Jeffrey bought the Santa Monica home that was burglarized in 1997 for $1.56 million. He sold the home in 2014 for $4.2 million. Here's a video tour of the home when it was owned by the people after Gundlach.

In 2013 Jeff moved about 5 minutes north to the Pacific Palisades to an 11,500 square-foot mansion. 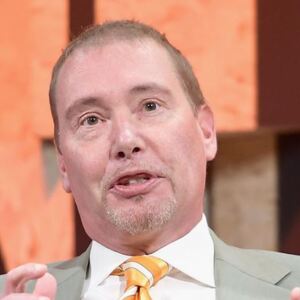