What is Weird Al Yankovic's Net Worth?

Weird Al Yankovic is an American singer, songwriter, comedian, actor, and music producer who has a net worth of $20 million. Known as a "musical comedian," Weird Al is best known for creating songs that make people laugh. Since the beginning of his career, Weird Al Yankovic has released over 150 original songs.

He is a commercially successful artist, and his albums have sold more than 12 million units worldwide. Six of his albums have reached platinum status. Yankovic is especially well-known for his hilarious music videos which he directs himself and publishes on YouTube.

Alfred Matthew Yankovic was born on October 23rd of 1959 in Downey, Calfornia. While Al was growing up, his father always encouraged him to "do for a living whatever makes you happy." Just before Yankovic turned seven, he had his first accordion lesson. Al's love for music would stem from his initial passion for this instrument. After three years, Al Yankovic started to teach himself how to play the accordion, and he learned how to play rock n' roll music by listening to Elton John songs.

In terms of comedy, he was inspired by people such as Frank Zappa, Shel Silverstein, and Spike Jones at an early age. Yankovic started Kindergarten a year early and ended up starting high school two years younger than his classmates. During his high school years, he took part in plays and joined several clubs, including the National Forensic League and the "Volcano Worshippers Club." 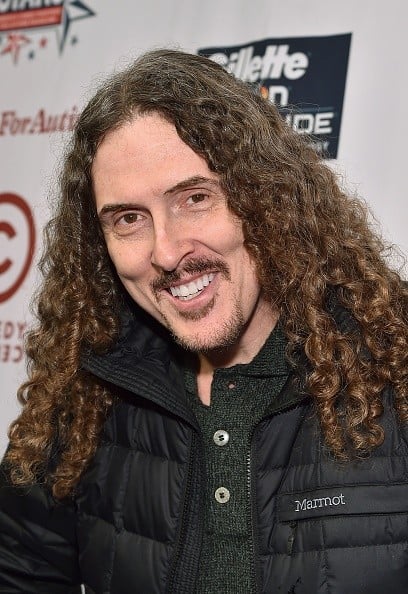 Weird Al Yankovic launched his career through Dr. Demento's radio show as a 16-year-old when the radio host played the teen's taped recordings of several parody songs. During this period, he also started to appear at local coffeehouses, playing songs like 2001: A Space Odyssey's theme on the accordion. While studying architecture at Cal Poly, Yankovic became a DJ for the school's radio station, taking on the moniker "Weird Al" for the first time. The nickname was actually a derogatory label given to him by his fellow students, but Yankovic decided to "take it on professionally."

His first single came in 1978 with "Take Me Down," which later appeared on the Slo Grown LP. After the success of "My Sharona" on the charts, Yankovic parodied the song with "My Bologna," which was played by Dr. Demento once again. The lead singer of The Knack heard the song and recommended Capital Records give Yankovic a record deal – which they did. At this point, Weird Al Yankovic realized he could make a career out of music, and that his average grades in college did not bode well for a future in architecture.

In 1980, he appeared on Dr. Demento's radio show to record another parody single live: "Another One Rides the Bus." The song was a riff on Queen's "Another One Bites the Dust." The song became incredibly popular and led to Yankovic's first appearances on television. In 1981, Yankovic toured with Dr. Demento's radio show. After a manager saw Yankovic perform, he held auditions to create a full band for the musical comedian.

Yankovic's next single, "I Love Rocky Road," became a top 40 hit on the radio and led to a new record deal with Scotti Brothers Records. Later, Weird Al Yankovic released his first self-titled album. He also appeared on MTV for the first time and quit his mailroom job to pursue a full-time career in music. His next album, Weird Al Yankovic in 3-D, contained the single "Eat It," which peaked at number 12 on the charts. The parody of Michael Jackson's "Beat It" came with its own music video. 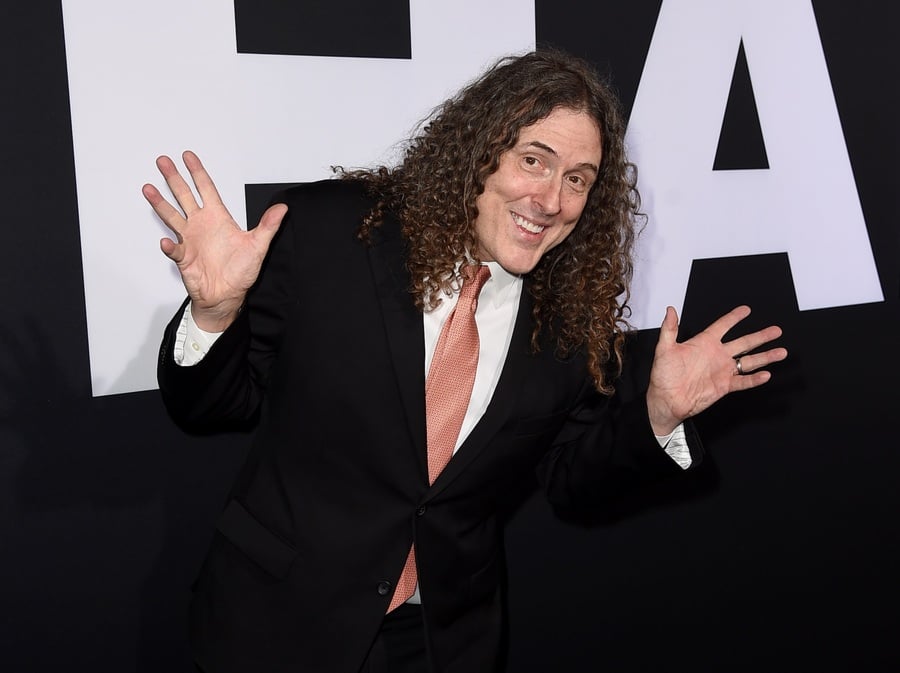 In 1992, Weird Al released the album Off the Deep End, which featured the single "Smells Like Nirvana." The song is considered Yankovic's first satirical piece, and members of Nirvana allegedly found it hilarious. During this initial period of Yankovic's career, Rick Derringer produced six of his albums, winning Weird Al two Grammys. However, from 1992 onward Yankovic began producing his own music. In 1999, he released the album Running With Scissors. The album contained well-received hits such as "Pretty Fly for a Rabbi" and "The Saga Begins."

In 2014, Weird Al Yankovic announced that Mandatory Fun would be his last "traditional" album, as he had been experiencing more success releasing singles and music videos through YouTube and social media platforms. Mandatory Fun went on to debut at number one on the Billboard charts. The album received considerable praise from critics, and featured the song "Word Crimes" based on Robin Thicke's "Blurred Lines." After Mandatory Fun, Yankovic continued to release singles whenever inspiration strikes.

Weird Al Yankovic's most ambitious film project was UHF, a satire of the movie industry. The film flopped and destroyed Yankovic's confidence for years. However, UHF later became a cult classic, and VHS copies of the film are now worth hundreds of dollars to collectors.

Weird Al has also acted as a host for various MTV shows, and CBS's The Weird Al Show. In addition, he voices the character of Squid Hat on Cartoon Network's The Grim Adventures of Billy & Mandy.

After being given a copy of Diet for a New America, Weird Al Yankovic converted to a vegan diet in 1992. Yankovic married Suzanne Krajewski, a marketing executive with 20th Century Fox. They have one child together.

Yankovic identifies as Christian and does not consume alcohol or drugs of any kind. In 2004, his parents died from accidental carbon monoxide poisoning due to a fireplace malfunction. Despite being told about their death just hours earlier, Yankovic went on stage and performed a scheduled concert.

In 2001 Al paid $2 million for a 7,000 square-foot home in the Hollywood Hills. Comparable nearby houses have sold recently for $7-9 million. 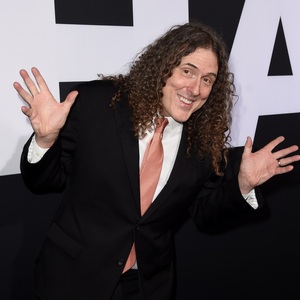