By Joseph Gibson on February 23, 2016 in Articles › Billionaire News

The rich have been spending massive amounts of money on art for centuries, but Citadel hedge fund billionaire Ken Griffin has made what just might be the most expensive art purchase of all time, coming to a nice, round half a billion dollars. If that sounds exorbitant, don't worry – he got two paintings for that sum, not just one. But as Abigail Asher of Guggenheim Asher Associates puts it: "In order to own the greatest art historical objects of our time one has to go above and beyond to obtain them."

The two paintings recently added to Griffin's collection are 1955's Interchanged by Willem de Kooning, and 1948's Number 17A by Jackson Pollock. The acquisition was made sometime last year, when Griffin bought the paintings from fellow billionaire art collector David Geffen, but is only now being reported on by Bloomberg News. Of the two paintings, the de Kooning was the more expensive, having fetched $300 million compared to the Pollock's $200 million – somewhat surprising, since at least among the general public Pollock is by far the more famous name. Both of the works have been displayed at the Art Institute of Chicago since September of last year, on loan from Griffin. 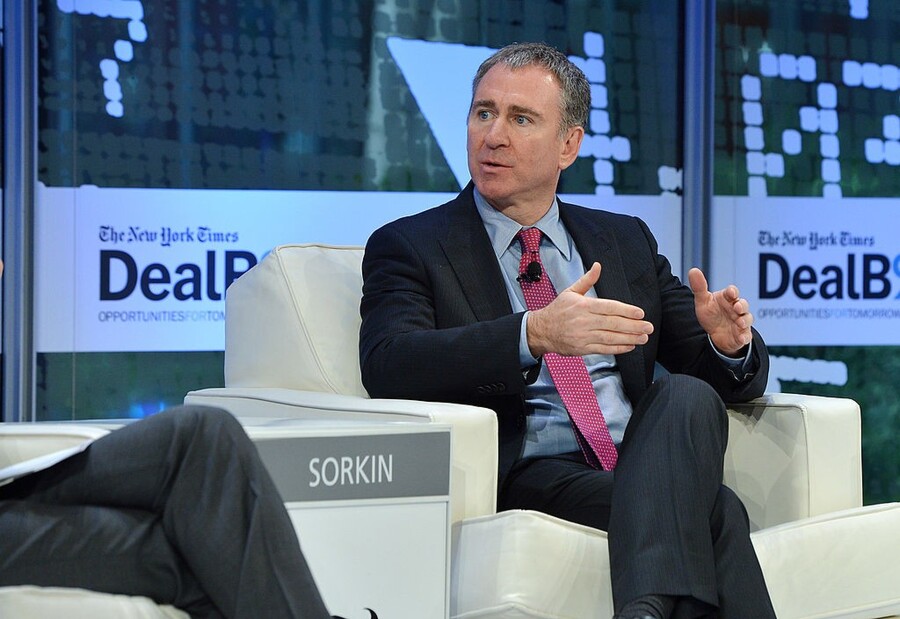 The $500 million purchase may make Griffin the biggest spender in the art world, surpassing a $300 million purchase made by the Qatar Museums for When Will You Marry? by Paul Gauguin. It should probably be noted, though, that since that purchase was for a single painting, Griffin's purchase only ties that price if you split up the amount paid for the individual paintings in question – proof in a way that Griffin apparently doesn't care about such records, since he could have thrown an extra million in for the de Kooning and broken another one.

What Ken Griffin does care about, it seems, is art, since this headline-making purchase was only the latest in a long line of acquisitions and contributions to the art world. Just this December, he made a donation of $40 million to the Museum of Modern Art in New York, reportedly one of the largest donations ever made to the museum. Earlier last, year he also spent $46.4 million for a painting by Gerhard Richter that measures ten feet tall. Griffin's net worth is a healthy $6.5 billion, so it's probably safe to assume he'll keep spending similarly huge amounts to keep his art collection growing.