What is Diana Ross' Net Worth?

Diana Ross is a legendary American singer and actress who has a net worth of $250 million. Originally a member of the popular group The Supremes in the 1960s, Ross went on to enjoy an extremely successful solo career. She is the only artist in history to have #1 songs as a solo artist, as a member of a duet and as a member of a trio group. Between her various singing incarnations Diana has sold more than 75 million albums worldwide.

Diana Ross was born in Detroit, Michigan, on March 26, 1944, the second-eldest child of Ernestine and Fred Ross, Sr. She attended Cass Technical High School in downtown Detroit, graduating in January 1962. There, she took classes on subjects such as clothing design, millinery, pattern making and tailoring, because her original aspiration was to be a fashion designer.

When she was fifteen years old, Ross joined the Primettes, the sister group of male vocal group the Primes. After winning a talent competition in Windsor, Ontario, the Primettes received an invitation to audition for Motown Records. Ross had approached former neighbor William "Smokey" Robinson, and he agreed to bring the Primettes to Motown in exchange for them letting him and his band the Miracles hire their guitarist Marv Tarplin. Motown executives were impressed by the Primettes, but believed they were too young. Motown founder Berry Gordy then told them to come back after they graduated from high school. The Primettes were not discouraged, and often showed up at Motown's Hitsville headquarters to offer help on recordings, doing everything from hand claps to background vocals. Eventually, Gordy signed the group in January 1961, with the only condition being that they change their name. A year later, Barbara Martin left the group, leaving Ross, Florence Ballard and Mary Wilson as the remaining trio under their new name the Supremes.

The Supremes enjoyed their first hit with Motown, "When the Lovelight Starts Shining Through His Eyes" (1963). It peaked at No. 23 on the Billboard Hot 100 pop chart. At the end of 1963, Gordy assigned Ross to be the group's lead vocalist. "Where Did Our Love Go" (1964) was their first No. 1 hit, followed by a period of crazy success; between August 1964 and May 1967 the Supremes enjoyed ten No. 1 hit singles, making them Motown's most successful vocal act in the 1960s.

Ballard was fired from the group by Gordy in 1967 due to her personal issues and struggles with things like alcoholism. He also renamed the group, now called Diana Ross & the Supremes. This new name meant he could charge more for performances. He considered having Ross leave the group, but decided to keep the group intact because they were still a successful and popular act at the time. However, she began taking on more and more solo projects outside of the group, including performing on her own on television specials like "the Dinah Shore Show." Ross departed the group in 1970, making her last appearance with the Supremes in Las Vegas on January 14 that year. 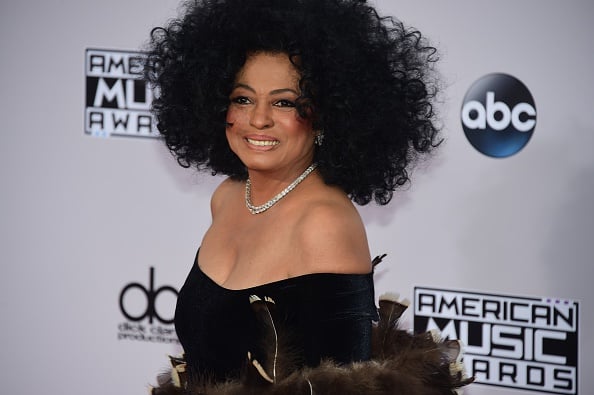 Ross' eponymous solo debut album was released with Motown in May 1970, quickly followed by the albums "Everything is Everything" (1970) and "Surrender" (1971). In late 1971, she starred in her first solo television special "Diana!" At the end of 1980, Ross began negotiations to leave the Motown label. She received $250,000 in severance from the label after 20 years with them. Ross then went on to sign a $20 million, seven-year contract with RCA Records, what was the most expensive recording deal in history at the time. Her first album with RCA was "Why Do Fools Fall in Love" (1981), and it was very successful, selling over a million copies.

In addition to her music career, Ross has also ventured into acting. She starred in the film "Lady Sing the Blues" (1972), and her performance earned her a nomination for both a Golden Globe Award and an Academy Award. She starred in other feature films like "Mahogany" (1975) and "The Wiz" (1978), and the television films "Out of Darkness" (1994) and "Double Platinum" (1999). 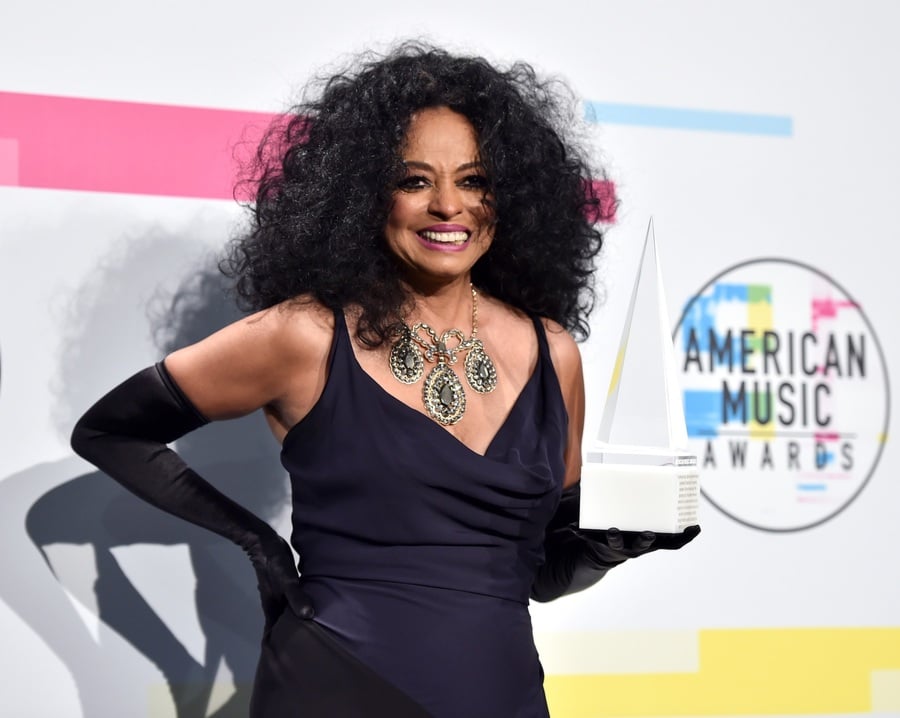 Ross has been married twice and has five children. She began dating Motown CEO Berry Gordy in 1965, and together they share a daughter, Rhonda Suzanne Silberstein. However, Gordy did not help raise Rhonda, as two months into her pregnancy, Ross actually married music executive Robert Ellis Silberstein in 1971. Silberstein went on to raise Rhonda as his own despite knowing who her biological father was. Ross went on to have two daughters with Silberstein, Tracee Joy and Chudney Lane. After Ross and Silberstein divorced in 1977, she moved to New York City.

She met Norwegian shipping magnate Arne Næss Jr. in 1985, and they married the following year. She became stepmother to Næss' three children, and together they had two sons, Ross Arne and Evan Olav Ross. Years later, in 2014, Evan would marry singer Ashlee Simpson. So Ashlee Simpson is Diana Ross' daughter-in-law. They have a daughter together and Evan is step-father to Ashlee's child from her first marriage to musician Pete Wentz.

After reports that Næss had fathered another child with a woman in Norway, Ross and Næss divorced in 2000. Næss tragically fell to his death in 2004 in a mountain climbing accident in South Africa.

For many years Diana's primary residence has been a large mansion in Greenwich, Connecticut. She listed the home, which sits on 5-acres, for sale at one point in 2007 for $39.5 million. She did not find a buyer and after the real estate market crashed successfully lobbied to receive a refund for property taxes which in retrospect were not reflective of the true value. It is technically two parcels, one which is assessed at around $9 million, and the other which is assessed at $10 million since it is waterfront. 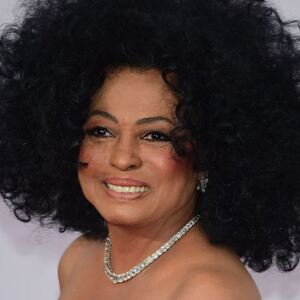