Would You Pay $1 Million For The Rolls-Royce Phantom Serenity?

The designers at Rolls-Royce must have taken their parents' words of wisdom to heart. With their new Phantom Serenity, it's what's inside that counts. Rolls basically decided to take their Phantom Coupe and totally redo the inside. The inside of the Serenity was heavily influenced by Japanese design which is pretty obvious when you take a look at it.

The inside of the Phantom Serenity features hand woven silk fabric that incorporates real silk. There are about 33 feet of fabric inside this car and it has been described as having the "most opulent interior of any luxury car." In fact, some of the silk-clad panels were reported to take up to 600 hours to complete. Aspects of the car's interior were inspired by Japanese royal kimono designs.

The interior also features wooden accents from smoked cheery wood that are inlaid with bamboo. A matching set of parasols is attached to the inside of the trunk lid to go with the standard Rolls-Royce umbrellas that pop out of the doors just in case you get caught in the rain. Although the inside is the best part, the three stage mother of pearl paint job on each Serenity is finished with 12 hours of hand polishing! 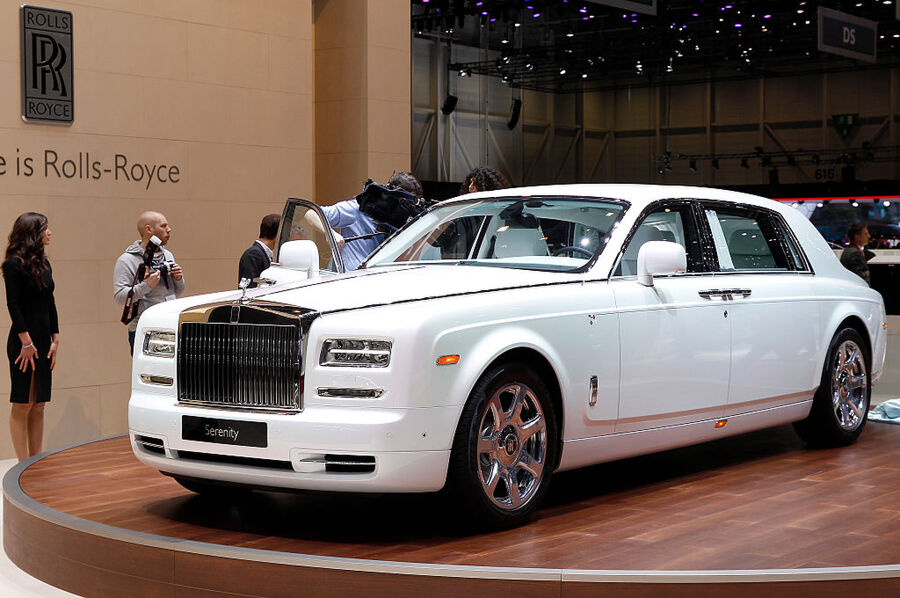 Most everything under the hood of the Phantom Serenity is the same as Rolls-Royce's Phantom Coupe. It features a direct injection 6.8 liter V12 engine with 453 horsepower and a six speed automatic transmission. The Phantom is not super-fast, but it can go from 0 to 60 miles per hour in 5.8 seconds and it has a top speed of 155 mph. It can get you about 11 miles per gallon in the city and 19 on the highway.

While its performance numbers may not get you too excited the Rolls-Royce Phantom is about quality. Each luxury coupe is handmade by the British carmaker. Top Gear gave it high marks in performance, quality, and design. Their critique was that the Phantom simply costs too much money. The traditional Phantom Coupe has an MSRP just shy of $500 thousand. Early estimates are that the Phantom Serenity may cost twice as much!

At a price like that most drivers want something fast and powerful. The Rolls-Royce Phantom Serenity might only be worth it if you plan on living in this car. If you like the inside you might not be the only one, George Costanza's father, Frank, wants a Serenity, now!