A New Dawn Is Here For Rolls-Royce

The brand new Rolls-Royce Dawn convertible is being praised by company executives for its good looks, but what about what's on the inside? The Dawn soft top, or "drop head coupe" according to Rolls-Royce, is set to make its official debut at the upcoming Frankfurt Motor Show and will go on sale in the spring of 2016. Earlier this year the company's North America president, Eric Shepherd, called the Dawn the most beautiful Rolls he has ever seen. Recently Rolls-Royce Motor Cars CEO Torsten Mueller-Oetvoes went one step further, saying that "quite simply, it is the sexiest Rolls-Royce ever built."

The Dawn will be based on the company's Ghost sedan and will have the same 6.6 liter twin-turbocharged V12 engine capable of 563 horsepower. That engine will be paired with an eight-speed automatic transmission to produce a top speed of 155 miles per hour and a 0 to 62 mph time of 4.9 seconds. 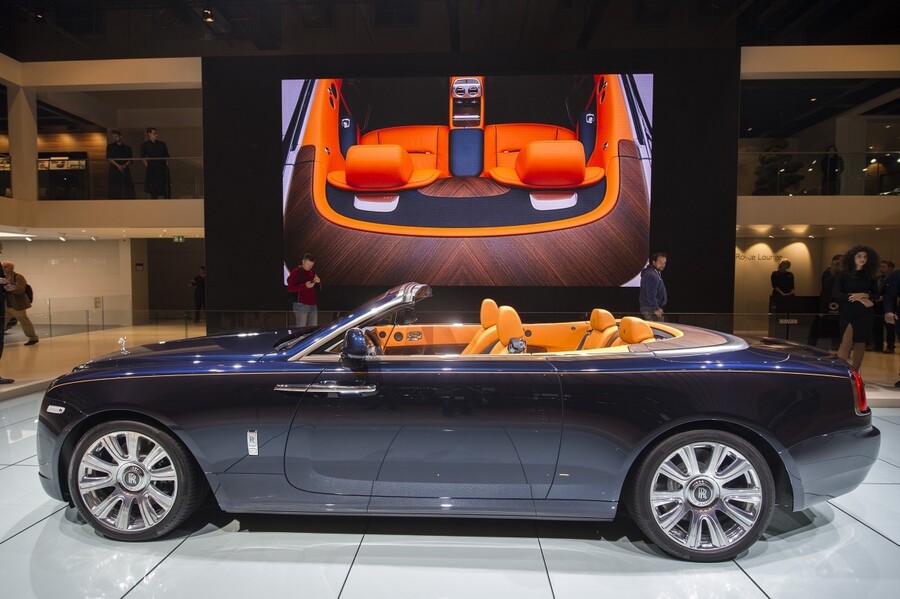 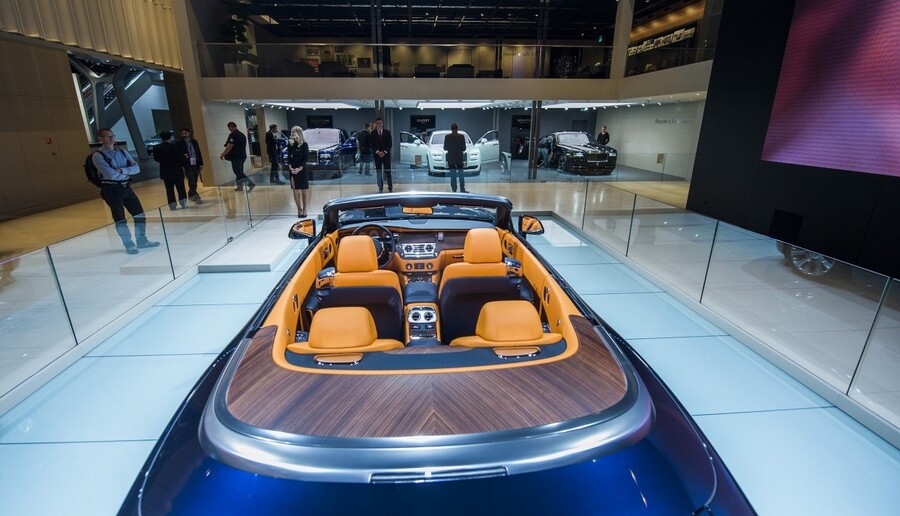 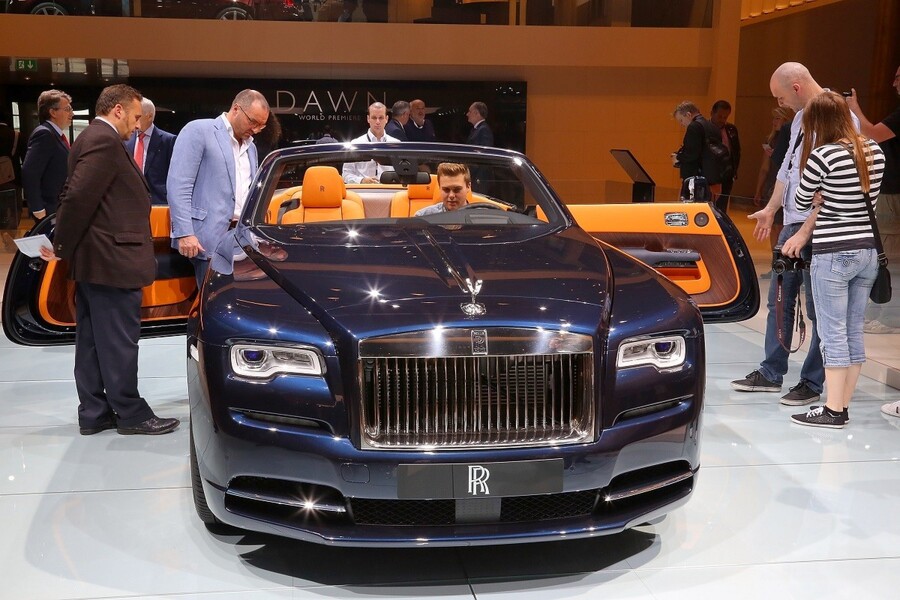 The new Rolls-Royce convertible's top will be deployed in a mere 22 seconds, and it can be done while the car is moving up to 31 mph. With the top up, Rolls claims the Dawn will be the quietest convertible in the world. This two-door sedan will come equipped with the Rolls-Royce/BMW Satellite Aided Transmission system which uses GPS technology to check out the road ahead. It will also keep drivers entertainment with the BMW iDrive infotainment system. The Dawn is also highly customizable for added touches and will feature an interior made almost completely of wood accents and leather.

The Dawn is part of a group of three models, along with the Ghost sedan and Wraith hardtop coupe, that Rolls-Royce is using to expand their customer base to try and reach more women and younger clients. In 2014, the company sold 4,000 cars which is the first time they have reached that mark in their 111 year history. The Dawn marquee is being revived after being retired for six decades. It was last used back in the 1950s for a limited run of 28 roofless Rollers. The Dawn's major competitor is likely to be the 2016 Bentley Continental GT Convertible. While no official price has been announced, Dawn owners can expect to pay a good $300 thousand to get their hands on one. It turns out that this car looks good both on the inside and on the outside.