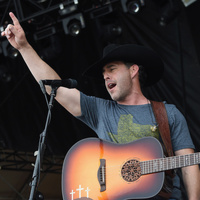 Aaron Watson net worth: Aaron Watson is an American country music singer, songwriter, and musician who has a net worth of $6 million. Aaron Watson was born in Amarillo, Texas in August 1977. His debut studio album Singer/Songwriter was released in 1999 and he released the albums A Texas Cafe in 2001, shutupanddance in 2002, The Honky Tonk Kid in 2004, Live at the Texas Hall of Fame in 2005, San Angelo in 2006, and Barbed Wire Halo in 2007. Watson released the album Angels & Outlaws in 2008 which reached #4 on the US Heatseekers chart. He released the albums Deep in the Heart of Texas: Aaron Watson Live in 2009, The Road & the Rodeo in 2010, and Real Good Time in 2012. His 2015 album The Underdog reached #1 on both the US Country and US Indie charts and his album Vaquero was released in 2017 and reached #2 on the US Country chart. His most popular single is "Outta Style".