What was Billy Joe Shaver's Net Worth?

Billy Joe Shaver was an American country music singer and songwriter who had a net worth of $3 million at the time of his death. Billy Joe Shaver died on October 28, 2020 at the age of 81. Billy Joe Shaver was born in Corsicana, Texas in August 1939. His album Old Five and Dimers Like Me is considered to be a classic in outlaw country music. On his 17th birthday Billy joined the U.S. Navy. He became a songwriter in Nashville, Tennessee for $50 a week. He wrote many songs for Waylon Jennings' album Honky Tonk Heroes and also had his music recorded by artists such as Elvis Presley and Kris Kristofferson. Shaver's 23rd album Long in the Tooth was released in 2014. It became his first album and only album to chart on the US County, Billboard 200, US Heatseekers, and US Indie charts at #19, #157, #4, and #23 respectively. In 2007 police arrested warrants for Shaver for shooting a man in the face with a handgun. Shaver was later acquitted and said he acted in self-defense. He has also acted in the movie The Apostle in 1996, Secondhand Lions in 2003, and The Wendell Baker Story in 2005. 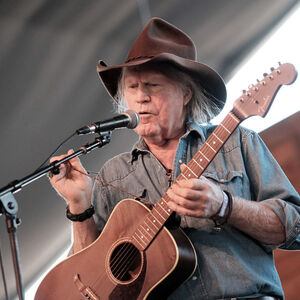