Aaron Tippin net worth: Aaron Tippin is an American country music artist and record producer who has a net worth of $3 million. Aaron Tippin was born in Pensacola, Florida in July 1958. Tippin started off as a songwriter for Acuff-Rose Music before getting a record deal with RCA Nashville in 1990.

His first single "You've Got to Stand for Something" was a popular anthem for American Soldiers in the Gulf War. His debut studio album You've Got to Stand for Something was released in 1991. His second album Read Between the Lines was released in 1992 and reached the Top 10 on the US and Canadian Country charts. His 1992 single "There Ain't Nothin' Wrong with the Radio" reached #1 on both the US and Canada Country charts and his 1995 single "That's as Close as I'll Get to Loving You" reached #1 on the US Country chart. He has had five gold albums and one platinum album. 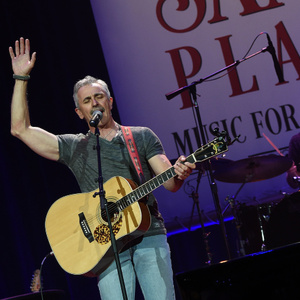