Charlie Robison net worth: Charlie Robison is an American country music singer, songwriter, and musician who has a net worth of $4 million. Chris Robison was born in Houston, Texas in September 1964. His debut studio album Bandera was released in 1996 and he released the albums Life of the Party in 1998 and Unleashed Live (with Jack Ingram and Bruce Robison) in 2000.

Robison released the album Step Right Up in 2001 which reached #23 on the US Heatseekers chart and #27 on the US Country chart. His albums Live in 2003, Good Times in 2004, Beautiful Day in 2009, Live at Billy Bob's Texas in 2013, and High Life in 2013 all made the US Country chart. He was a judge for season one of the reality TV series Nashville Star. Robison opened up the Alamo Icehouse in 2014 with professional baseball player Brooks Kieschnick. He was married to Emily Erwin from The Dixie Chicks from 1999 to 2008. Charlie Robison's brother is singer/songwriter Bruce Robison. 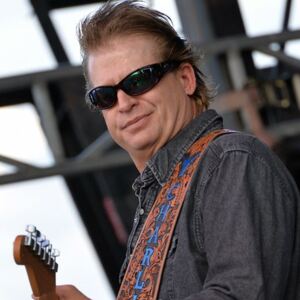