How much is Walmart Worth?

What is Walmart's net worth?  Walmart's net worth is $328 billion.  Sam Walton began his retail career with a plan.  After working for J.C. Penney for a year and a half in the early 40s, he took over management of a Ben Franklin general store in Newport, Arkansas.  His store was incredibly successful, and he subsequently opened his own shop, called Walton's Five and Dime.  In 1962, he opened Walmart Discount City, and by 1967, one Walmart had expanded to twenty-four.  The rest, as they say, is history.  Walmart expanded rapidly, especially during the 80s and 90s, where it came under fire for virtually obliterating local business in many small towns around the US.  It also expanded into Canada and Mexico, and opened its first Walmart Supercenter in Missouri, in 1988.  Walmart's toy department began outselling Toys "R" Us in the late 90s, and the company expanded further, opening outlets in the UK, Brazil, Japan, India and Argentina, among other countries.  The Walmart Corporation also owns the Sam's Club chain of membership stores.  More than half of Walmart's total sales are grocery items, rather than clothes, toys, or electronics. As of 2012, there are 8,500 Walmart stores spread out over 15 countries.  The store has a one, or more, branches in every state and Puerto Rico, and currently employs 2.2 million people.  The company is still owned by the Walton family. 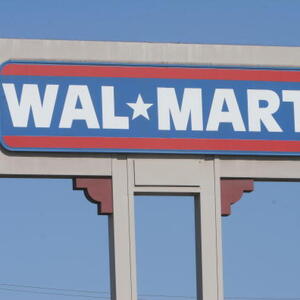