Run-DMC is one of the most iconic acts in music history. With classic hits such as "My Adidas," "Walk This Way," and "Peter Piper," countless musicians and fans alike still look to emulate the musical style and fashion sense of the Hollis, Queens based group today. Walk around any major city long enough, and you will undoubtedly see at least one person wearing a shirt with the instantly recognizable "RUN DMC" logo, which can easily be purchased at countless retailers, including Wal-Mart and Amazon. Well, now the band is suing Walmart and Amazon for unlawfully using their logo on merchandise for profit.

According to a report, Run-DMC has filed a $50 million lawsuit against both Walmart and Amazon for stealing their logos and slapping it on merchandise for profit. According to the lawsuit, the retailers are illegally manufacturing, promoting and selling merchandise with the group's famous block logo. The lawsuit argues that the retailers are making people believe that the group is behind the merch, when in reality Run-DMC has nothing to do with it. 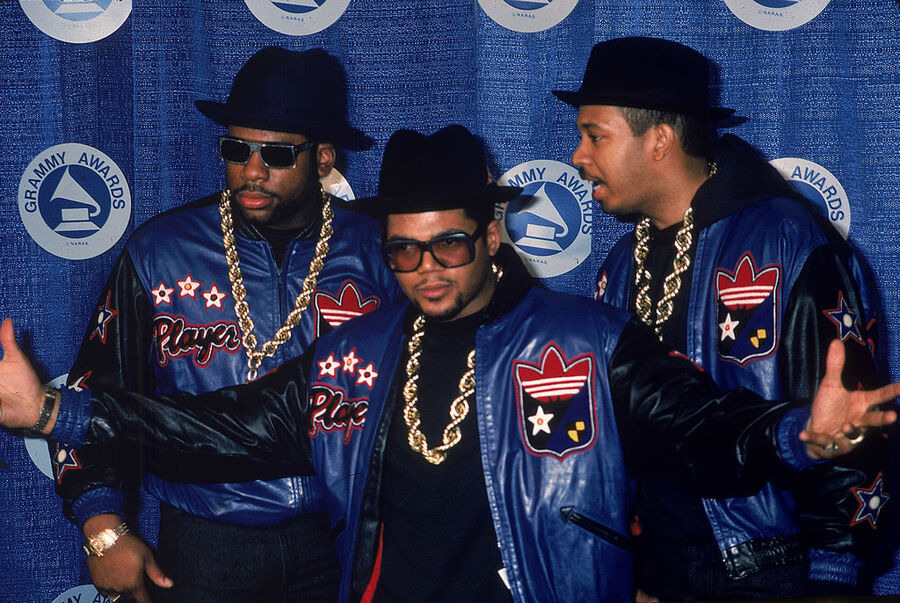 The group is also suing the companies that are making these products, claiming that the retailers and the makers of the products have been working together in order to make millions off of the Run-DMC imagery and logo.

Run-DMC says that the illegal use of their logo is extremely detrimental financially, and outlined in the lawsuit the fact that they have a partnership with Adidas that is worth $1.6 million. Interestingly enough, the official Run-DMC/Adidas merchandise isn't labeled as "officially licensed merchandise," on Walmart's website but other items, such as a "RUN DMC- Check Mate Zip Hoodie," a "RUN DMC- Grey Scale T-Shirt," and a "RUN DMC- Rock Box Juniors T-Shirt," are all listed as such.

Neither Walmart or Amazon have responded to the allegations against them.