How Rich Would You Be If You Were An Early Amazon Investor?

Back in 1997, Amazon was a very different company. Before it was a store for everything, it was an online bookstore. Consumers generally preferred to buy books at brick-and-mortar retailers like Barnes & Noble and Borders. Ten years later, Borders has declared bankruptcy and Barnes & Noble has been unable to reinvent itself. Meanwhile, Amazon's incredible success under the direction of CEO Jeff Bezos has made it worth hundreds of billions of dollars, with annual sales of over $135 billion in 2016.

FYI – The same $10,000 investment in Barnes and Noble would have given you a 26% return over the same time period. Oh, and the same Borders investment would be worth zero.

Now, paper and hardcover books are finally seeing a small resurgence in recent years. Amazon was eager to pounce on the opportunity to move into the brick-and-mortar bookselling space that it forced others out of over the past decade. They've already started opening up stores around the country. 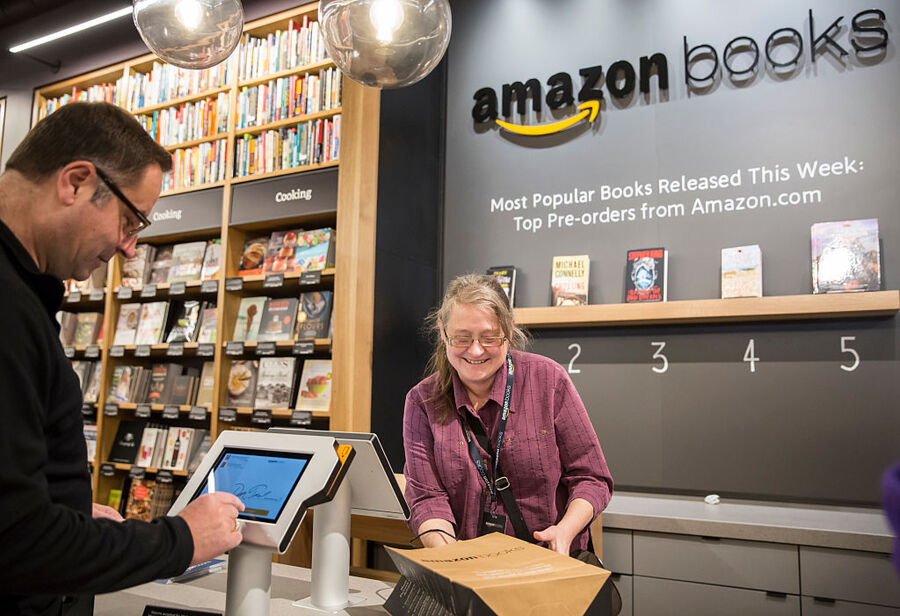 They've got every other retailer still on the ropes. Target's stock would only give a 4% return after the past ten years. Powerhouse retailer Walmart often cited as a major competitor for Amazon, would bring in a return of 96% after ten years. Walmart's stocks have started slow down even more in recent years and only rose by 1% in 2016.

Meanwhile, stocks for shops like Kohl's, Staples, and Sears are down in price over the same period, with Sears at -92%. Over the past year, many of these companies have lost momentum. The once-dominant retailers have been shuttering locations for years, and have been forced to streamline their offerings to stay afloat. American Apparel was almost acquired by Amazon themselves before being bought by Canadian retailer Gildan Activewear.

Amazon's profits continue to soar and their stock is expected to be worth even more in the future. Compared to the beginning of last month, Amazon's stocks have risen by nearly 10% and are now worth over $937 a share. If they continue to rise at the same rate it could reach the $1,000 mark by the end of the month.

Amazon's no longer just a retail company. Amazon Video is now the third largest streaming video site, surpassed only by Netflix and YouTube. Their Kindle, Fire TV, and Echo hardware devices have been incredibly successful and create a stable product ecosystem. Amazon is even looking to revolutionize the shipping industry by introducing specialized robots, advanced warehouses, and drones.

If you're lucky enough to have held on to Amazon stocks since way back in 1997, they may be worth holding on to for a little bit longer.