Sam Walton's heirs made $70,000 per minute, $4 million per hour, $100 million per day, over the past year. At that rate, the Walton family's wealth has increased about $23,000 since you started reading this article. In that same amount of time, a Walmart employee would have made about 6 cents. The contrast is unsettling. Sam Walton was a notoriously frugal man – how would he feel about the rate at which his heirs are amassing unprecedented wealth? In the past year alone, the combined Walton fortune is up $39 billion, to $191 billion.

The Walton family fortune comes, of course, from the family business. You may have heard of it. It is a little store called Walmart. The members of the Walton family are the retail behemoth's largest shareholders. The family holds more than 50% of the stock in the company. Sam Walton opened the first Walmart store in Rogers, Arkansas in 1962. Today, Walmart is the world's largest retail company with stores all over the world. It is also the world's largest retailer by revenue with $514 billion in sales in its more than 11,000 stores across the globe. The Walton family's stake in Walmart paid out $3 billion in dividends last year. 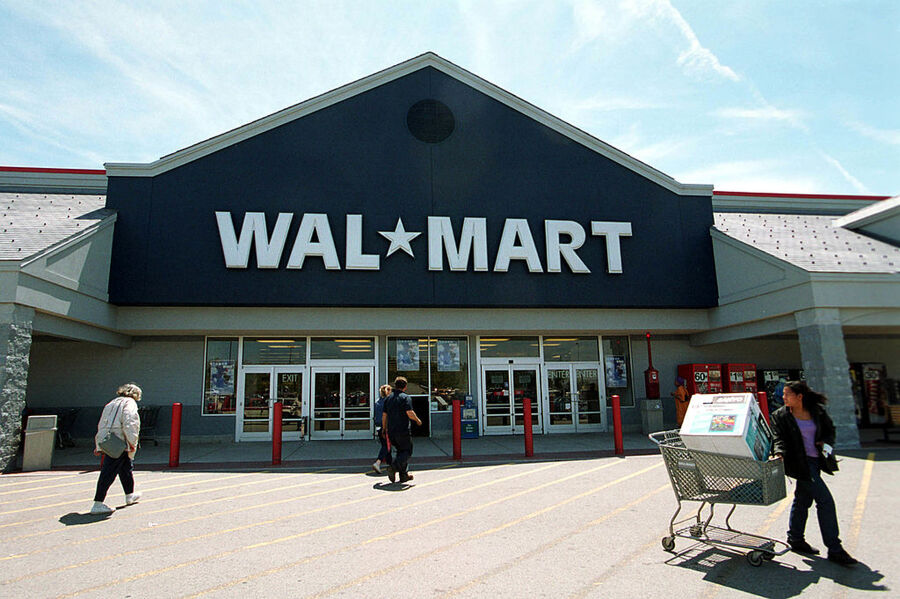 Sam Walton opened the first Walmart in Rogers, Arkansas in 1962. By the time he died three decades later, he was running 1,735 Wal-Mart stores, 212 Sam's Club stores, and 13 Supercenters. Wal-Mart employed 380,000 people and earned an annual revenue of $50 billion.

When Sam died in 1992, he left his stake in the company to his wife Helen and four children, evenly split. Today, roughly 50% of Walmart's equity is controlled by four people: Rob, Jim, Alice, and Christy Walton.

Today, Walmart has 11,718 stores and clubs in 28 countries. Walmart is also the largest private employer in the world, with 2.3 million employees.