What was Sam Walton Net Worth?

Sam Walton was an American businessman and entrepreneur who had a net worth of $8.6 billion (approximately $15 billion in today's money) at the time of his death in 1992. Historically speaking, Walton is considered one of the most influential figures of the 20th century. He is best known for founding the retail giant Walmart and Sam's Club. Walmart eventually became the world's largest corporation in terms of revenue, and it grew to employ more people than any other private corporation.

In the mid-80s, many sources claimed that Sam Walton was the richest person in the world. He has also held the title of "richest man in America," which he held from 1982 to 1988. Sam was not particularly fond of either of these titles, claiming that the media coverage regarding his net worth made life "more complex." Coincidentally, Bill Gates first became the richest man in America in 1992 – the year of Walton's death. If he was alive today, Sam's personal net worth would be north of $200 billion, and he would receive a $500 million annual dividend from Walmart. At the time of his death, his holding company employed 380,000 people and experienced annual sales of almost $50 billion.

Sam actually hated to talk about his personal wealth and had this to say when asked about being named the richest person in the world:

"All of that hullabaloo about somebody's net worth is just stupid and it's made my life a lot more complex." – Sam Walton

Samuel Moore Walton was born on March 29th of 1918 in Kingfisher, Oklahoma. He was raised on a farm in Kingfisher until the age of five, at which point his father went into farm mortgaging after failing to make much of a profit through farming. He subsequently moved from one town to the next with his family, mostly traveling within Missouri. As a young lad, Walton was an accomplished boy scout and reached the rank of Eagle Scout quicker than any other boy in the state's history.

Sam's family then settled in Columbia, Missouri, where he was raised amidst the backdrop of the Great Depression. To earn money for his family, Walton did chores and odd jobs around the community. He delivered newspapers for the "Columbia Daily Tribune" and sold magazine subscriptions. After graduating from high school, Walton attended the University of Missouri as a cadet in the Reserve Officers' Training Corps (ROTC).

To support himself through college, Sam continued to work a variety of side jobs, including waiting tables. While attending university, Walton joined a fraternity, a secret society, and the national military honor society known as "Scabbard and Blade." He graduated in 1940 with a bachelor's degree in economics. Although he started training for a management position at J.C. Penney after graduating, he had to resign after only two years when he was drafted into the US military.

In 1942, Walton joined the military as a member of the US Army Intelligence Corps. He never went overseas, and instead focused on the security operations surrounding prisoner of war camps and aircraft plants. His military career took him to Fort Douglas in Salt Lake City, Utah, and he eventually was promoted to the rank of captain.

Sam Walton's entrepreneurial career began in earnest after he left the military in 1945. At age 26, he started managing a variety store for the first time. He then purchased a store of his own with $5,000 from his own savings, plus a $20,000 loan from his father. This initial store was a Butler Brothers franchise. Eventually, Walton became so successful that his landlord essentially forced him to leave by refusing to renew the lease. Faced with a rental fee that was calculated based on 5% of all sales, Walton gave in and sold the store and all its inventory to this opportunistic landlord for $50,000. 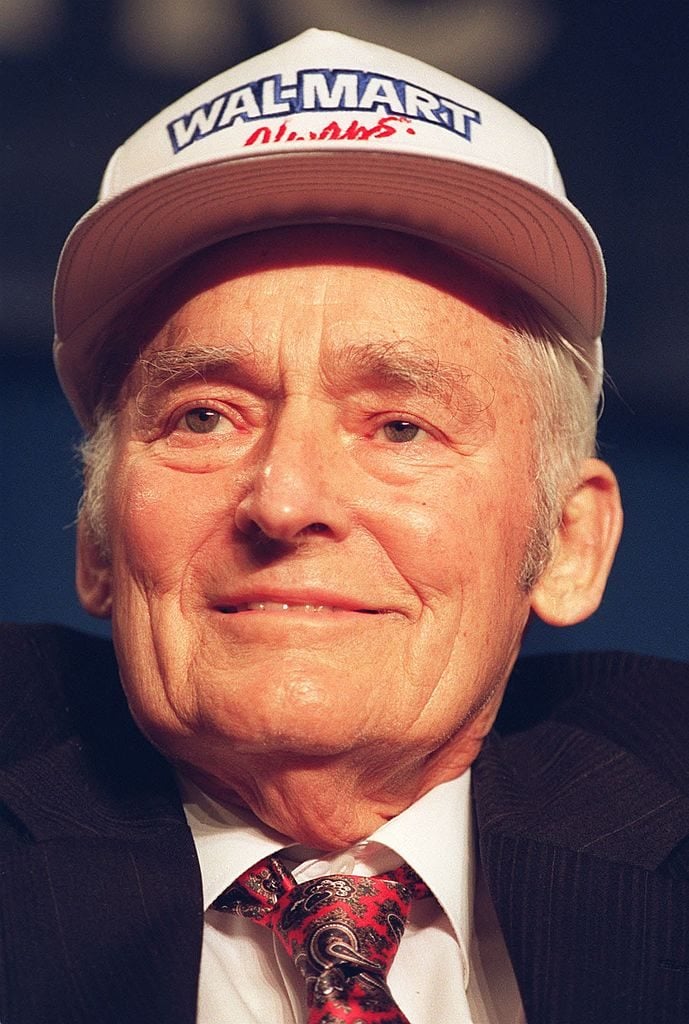 After a tumultuous negotiation process, Walton and his extended family were then able to purchase a new location in Bentonville, Arkansas. This was the beginning of a nation-sprawling retail empire. Eventually, he and his brother James "Bud" Walton purchased a small second-hand plane, allowing them to fly to and from their various franchises. By the 1950s, he was opening stores in Kansas City, and by the 60s he and his brother owned 16 stores in both Missouri and Kansas. Most were Ben Franklin franchises.

The first Walmart opened on July 2nd of 1962 in Rogers, Arkansas. What made this store different was Walton's aim to sell American-made products first and foremost. The original Walmarts were also placed in small towns rather than big cities, focusing on rural consumers and reducing their need to drive to the nearest city. To make this work, Sam Walton devised a comprehensive logistics strategy that involved the creation of his own trucking service. Walmart stores were also placed within a relatively short distance of their supplying warehouses. And of course, Walton encouraged purchasing large quantities of brand name merchandise at a discount, thereby driving the price down for the consumer.

These strategies resulted in tremendous growth for Walmart from the 70s to the 80s. The company eventually expanded to include locations all over the world. Nations such as Argentina, Brazil, Canada, Chile, China, Costa Rica, and many others all have numerous Walmart locations.

Sam Walton married Helen Robson on February 14th of 1943. They subsequently had four children. Throughout their marriage, the pair became closely involved in a number of charitable causes.

Prior to his death, Sam Walton had been battling multiple myeloma. This cancer of the white blood cells is difficult to detect early on because there are virtually no symptoms. By 1992, Walton had succumbed to the disease, and he passed away in Little Rock, Arkansas. His and their children inherited ownership of his company, although only Rob Walton and John Walton became directly involved in the operation of Walmart. 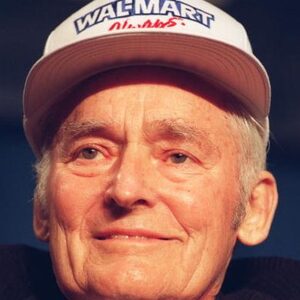